Building a Better Student: Own the Failure 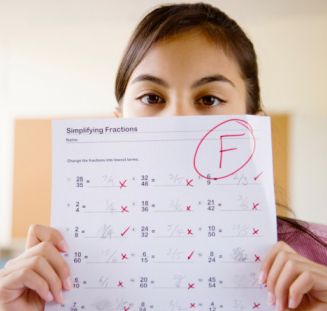 I’m a success. I’m also a failure. And I wouldn’t have it any other way.

In my thirty-six years in the radio business, I’ve been fired one time. It was in 1992, and I was part of a group of almost forty people who were shown the door after our company was sold. I considered it one of the lowest points of my life, because it came on the heels of a difficult transition period where I’d worked my tail off.

The result was a pink slip.

Four months later I began hosting the morning show at a radio station across town, and now, twenty-one years later, we’re still going strong, a successful show that has outperformed and outlasted everyone at the station where I was unceremoniously dumped. Talk about sweet revenge!

The highs and the lows. The wins and the losses. The successes and the failures. Lessons from all of them.

Today, working with kids seems to involve a lot of self-esteem building, a heavy dose of encouragement, and pats on the back for everything – even just showing up. I, on the other hand, think that those techniques lack a critically important element: Teaching kids  how to fail.

It’s nuts to think that young people will follow a path of perfection throughout their lives. The sad truth is that all of them will fail. Perhaps not every time, and not consistently; but they will fail in life. They just will.

If we know that’s the truth, then why don’t we teach them how to do it the right way? I propose that the majority of their most valuable lessons – and their most meaningful growth – will derive from hitting bottom, not from any faux-blue-ribbon they received – but never earned – in grammar school.

So, what should we teach kids about failing? I suggest three things:

One, make it crystal clear to them that failure is going to happen. My biggest issue with the self-esteem movement is that it programs students to believe that they not only are remarkably special at everything, but that they deserve to win at everything. That first cold, vicious slap in the face that adulthood brings is unexpected. Prepare them.

Two, teach them to fail upward. (I didn’t coin the phrase, but I’ll happily borrow it.) This is a lesson that was – thankfully – taught to me at a young age. Failing upward requires you to take all of one day to mourn your bad fortune, and then to pull up your grownup britches and study the failure. What caused it? What could have made it a success? What can you do next time to change the outcome?

And three, own the failure. Denying it robs you of the power it can bring through transformation. The most successful entrepreneurs in the world will openly list their biggest flops, because those were the best training grounds. Owning your failure means evolving into a better, more productive person, both professionally and personally.

I’ve failed, and I don’t care. It doesn’t define me. The reason I’m successful today is because I was raised to accept adversity and learned to thrive from it. I wasn’t allowed to mope over my mistakes. My parents and my teachers taught me how to turn life into one giant classroom. I got knocked down, but I got up again. (Forgive me; another failure of mine is sometimes quoting cheesy song lyrics.)

Dom  Testa is an author, speaker, morning radio show host, and has kept a ficus tree alive for twenty two years. He’s also the founder and president of The Big Brain Club, a non-profit foundation that helps young people embrace the idea that Smart Is Cool. More info at www.DomTesta.com.

Earnest Parenting: help for parents who want their kids to handle failure well.