An Inside Perspective: Dealing With Childhood Cancer 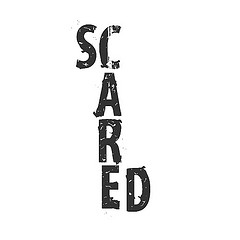 Last weekend, I met up with an old friend who told me about the challenges of being a parent. He told me and another friend that it’s always better to have more than one kid. With his first child, he and his wife always freaked out at the littlest cold or fever. But after two more children, they became seasoned pros in caring for every cold, cough or fever. It was a completely different story when I talked to my cousin, Leah, and her situation with her eldest child, Sophia. Leah’s situation is something that parents don’t ever want to happen to them–their child becoming stricken with the big “C”….Cancer.

Every Parent’s Worst Nightmare
If every parent worries over each sniffle or hiccup, how much more their daughter becomes stricken with cancer? Leah’s daughter Sophia is only seven but she is already facing one of the toughest battles of her young life–cancer of the blood or what is also known as leukemia. Since I don’t have any kids yet, I can only imagine the terror that my cousin is facing and the inner reservoir of strength she must draw from so that she can keep going on. As she shared her experience, it gave me an inside perspective of caring for a child with cancer and the many sacrifices parents are willing to do to make their child well again.

Medical Insurance is a Must
Since Sophia was the eldest and only child for the first five years of her life, all of her parents’ attention was focused on her. She had complete immunization and her mother made sure she always had fresh fruits and vegetables in her diet. Leukemia was something her father and mother never saw coming. Although Sophia had the best of everything, one vital thing she lacked was medical insurance. My cousin realized this too late when her daughter was diagnosed with leukemia. Although she had health benefits from her work, it could only cover a very small portion of the treatment that Sophia needed. In the end, she had to shell out money each time Sophia needed to go to the hospital for her treatments. Their family savings have been sorely depleted and they have had to borrow money from friends and family. On top of that, they had to care for another young daughter who had just recently turned two.

Vigilance is Another Must
Chemotherapy isn’t the only thing that a child needs in order to overcome a disease like cancer. A healthy diet is also important. My cousin Leah made sure Sophia only ate healthy foods and avoided processed foods like hotdogs and canned goods. She bought fruits and made freshly squeezed juices. Another thing that she did to ascertain that her daughter’s health wouldn’t be further compromised was to have her home-schooled for the duration of her treatment and recovery. When undergoing chemo treatments, a child’s immune system is weakened and she is susceptible to catching other illnesses so exposing her to other children or crowded places must be avoided. If your child needs to be admitted in the hospital, check if iv access ports are used since these help in infection control and help prevent bloodstream infections.

Adopt a Positive Outlook
Undergoing treatment for cancer is no picnic and it’s hard to keep your child’s spirit up when she is exhausted and in pain. Try not to let your child how worried you are. Adopt a positive outlook and let your optimism rub off of him or her. Children need all the support they could get through this trying time and if they see their parents worrying, they will worry, too. Let them continue living life everyday normally, as much as they can within limit so that they won’t feel suffocated by the four walls of their room or the hospital. Leah and her husband have tried their best to support Sophia and this optimism seems to have rubbed off her. She even wears headbands with huge flowers to cover her thinning hair and is the first to suggest that she needs to shave her hair. Her parents hope that after her last treatment, her cancer will be in remission and she will be able to go back to school soon.

Editor’s note: this post was written by a contributing author.