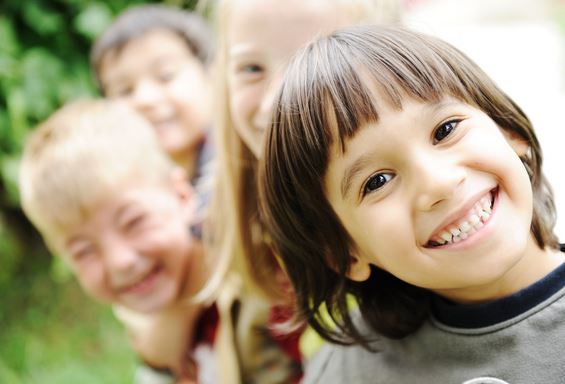 In the past month I’ve spoken with several parents about the status of education. Those who had boys told me, “The big problem in schools right now is that boys are getting left behind. They need the help of your foundation.”

Then the parents of girls pulled me aside. “Your foundation should really be focusing on girls. Do you have any idea the kind of pressure they’re under to dumb down and just be ‘hot’?”

The truth is, both boys and girls suffer from peer pressure to dumb down. The issue is gender neutral because it affects both sexes. Their motivation, however, is quite different.

Boys – in general – want to be rough and tough, and so their ideal image is of the macho guy. Like it or not, reading is often tagged as a “chick thing,” because the majority of reading role models are women: moms, elementary school teachers, librarians. All it takes is one boy in the class to mock the academic efforts on one kid and the rest of the young males automatically slouch.

Girls, on the other hand, have been conditioned by pop culture that everything good in life comes from being hot. We’ve lavished mindless young stars with 24-hour coverage of their breathless tweets, while young women who actually cultivate their minds are ignored. In 21st century America, sexy is everything.

At least according to the style shepherds. You and I know it’s not true, but it’s a trap that bright young boys and girls fall into every day. The most important thing in their world is to be accepted by their peers, and they listen intently to the marching orders of those peers.

Working to turn around the trend requires not only supreme effort, but an awareness that this is not a ‘boy thing’ or a ‘girl thing.’ It’s a student thing, regardless of gender. If you’re the parent of only boys or only girls, you might be myopic about the problem, unaware that the parents across the street are dealing with the same issue, but from a different perspective.

There isn’t a single solution for all students. As usual, communication between the adult and the child is critical. While she’s still in middle school, begin talking with your daughter about the pressures that she’ll soon be facing – if she’s not already. Explain to her about social media’s overblown fascination with appearance, while reinforcing the long-term reality of a solid education.

For your son, help him to balance his hormonal need to flex his muscles with a healthy dose of intellectual curiosity. Show him that exercising his brain is far more likely to pay dividends throughout the course of his life than simply building his biceps.

Yes, girls can be beautiful and smart. Boys can be hunks and brilliant. But too often, as kids, they’re influenced by peers who lead them to believe that they have to make a choice. They don’t; they can have it all.

It’s tough for boys, and it’s tough for girls. Each has their own pressures, their own societal expectations to live up to. As parents and teachers it’s our responsibility to recognize – and to harvest – the remarkable potential in each of them.