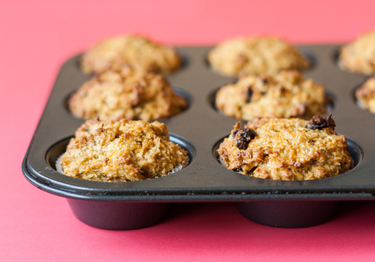 In the early months of the year, when the Hollywood awards time gets into full swing, we’re often confronted by photographs of various beaming actresses and celebrities on the red carpet, with their tiny frames squeezed into a variety of frequently lovely designer dresses. You might have also heard about the so-called red carpet diet that many of these actresses undertake in the weeks leading up to the award ceremonies, in order to look as slim as possible while the photographers shower them with camera flashes.

While many of us would like to lose a few inches here and there, after reading about the torturous nature of many of these diets, it can seem like it’s not worth the effort, and you would find much more satisfaction in having another piece of cake. The majority of hyped diets seem to exist only as a way to quickly and easily lose weight, and yet there are many diets that are geared towards your internal health and wellbeing, with weight loss only being an occasional side effect. The gluten free diet is a leading example of this type of diet, and if you’ve been diagnosed as gluten intolerant, you’ll know that it’s not quite so easy to enjoy a full range of goodies as you used to, particularly when it comes to baking. There’s no need to miss out, since there are many easy ways to bake gluten free delights in your own kitchen. The Gluten Free Diet
Gluten intolerance is generally triggered by a reaction to the wheat content in many types of food, so bread and anything made from a wheat derivative is a no-no. Accidentally consuming a product that contains wheat won’t do you any major harm, but the trick is to eat gluten free for the overwhelming majority of your meals.

Sourcing Gluten Free Products
As a dietary requirement, gluten intolerance has entered the mainstream, and just like you can find numerous products in the supermarket with low or no salt, sugar or fat, you can now also find a wide range of gluten free products, both pre-made and as raw ingredients for your own cooking. What was once the domain of health food shops is now widely available, which is great for the customer.

Gluten Free Flours
The most common ways to remove gluten from baking is to substitute your standard flour for one made from white or brown rice, or even soya bean, coconut or peanut flour. Variations in flours can alter the end result, making for a deliciously unique concoction, and there’s usually a bit of experimentation until you find a gluten free substitute that’s your favourite.

Gluten Free Flour in Baking
Part of the experimentation of gluten free baking is that you’ll need to combine a couple of different flours in order for your recipe to have the same consistency as something made from standard flours. Using one type of gluten free flour will often make the end result too thick, and while it’s still tasty, it might not be the end result you were hoping for.

The Flour Ratio
It’s generally best to make it at a 4 to 0.5 ratio, so use four cups of a base flour (white or brown rice flour is best), and then add half a cup of peanut, soya bean or coconut flour, or whichever gluten free variety you like. Four cups of flour is roughly equivalent to one pound or 450 grams, so you might need to alter the amounts depending on what the recipe calls for.

Earnest Parenting: help for parents trying to figure out how to bake gluten-free.