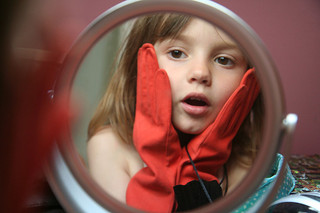 On our morning radio show we received an interesting note from a listener named David, a 41-year-old divorced father of two. A few months ago he began dating a woman, and he says they’ve hit it off pretty well. The problem: his 10-year-old son and 14-year-old daughter don’t like her.

Our discussion about this issue prompted a flurry of phone calls, including one from a gentleman who said, “David shouldn’t be dating, period. His job is to devote all of his time to those children, and to see to their happiness.”

I respect the intentions of that position, and certainly agree that a divorced father’s first priority should be to his kids. But I believe that the caller has missed an important component in the parent-child relationship, and it applies to happily-married parents as much as to those who are single.

We’re so focused on providing for our children’s happiness that we too often neglect to teach them how to encourage it in others. There’s no question that parenting has shifted over the past few decades – and in many ways for the better – but my concern is that too much attention is directed to providing happiness to kids without teaching them how to reciprocate, reflecting positive energy.

Think of it as a Happiness Mirror.

Sure, it’s very important that Jaden and Ashleigh are happy, but we don’t want to raise a generation of total narcissists. At some point – hopefully early on – we want them to begin to care about the happiness of those around them, and that includes mom and dad.

It’s possible that David’s two children are perceptive about his new female companion; perhaps they spot something in her that he doesn’t. But it’s also possible that they simply see someone who will siphon a little of the attention from them.

When the caller to our morning show stated unequivocally that parents should forego their own social life and their own needs, all in the name of showering their kids with one hundred percent of the attention, my alarm went off.

It’s important for young people to watch their parents navigate through the adult world, and that includes healthy relationships. It’s a valuable lesson in how to balance family responsibilities with personal happiness. The ultimate goal is for the kids to be happy and mom and dad to be just as fulfilled. Sacrificing everything in the adult world to make sure a 10-year-old receives every iota of attention strikes me as unhealthy – for everyone involved.

Have your kids learned how to root for happiness in others? Do they want you, as a parent, to have just as many wonderful things in life as they do? Can they appreciate the feelings of others, or are they completely caught up in their own micro-world?

If you’re not sure of the answers, perhaps it’s time to introduce the Happiness Mirror.