5 Ways to Protect Your Kids From Devastating and Deadly Diseases 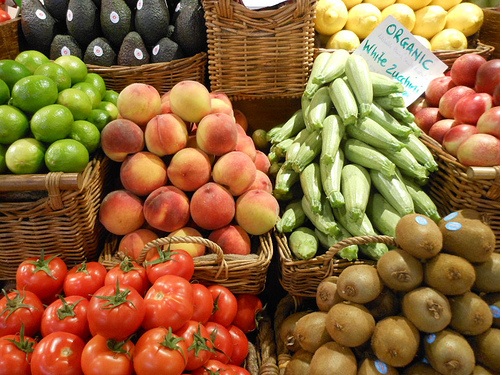 These days, it’s not enough to make sure your home has no lead paint; although you should still go to great pains to do so, especially when you’re moving into a new home or apartment. Lead is a sneaky substance, however, and it can even wind up in your drinking water. You need to test your tap water, especially if you intend to cook with it or drink it. At the very least, make sure you purchase a water filter that specifically promises to filter out lead.

Lead is an enormous environmental threat. Children between one and six are particularly susceptible to illnesses caused by lead, or lead poisoning. If they’re introduced to it, it can potentially damage every system within their little bodies. It’s especially dangerous to the nervous system and the brain.

Keep an Eye on Air Pollution

There is unfortunately no way to keep your children entirely safe from air pollution, unless you keep them inside all the time. That being said, you can reduce their risks and their exposure. There are dozens of different ways to know the current pollution and smog levels in your area. On the days when those levels are particularly high, keep the kids indoors. If they need to stay active, take them to the YMCA or to a safe, indoor facility.

Although moving away might seem like an extreme measure, it’s something you may want to consider if you live in an area where there’s a lot of particulate and pollutant matter in the air, a lot of sulfur dioxide or carbon monoxide, a lot of vehicles around, or any buildings powered by burning coal. Otherwise, your children run the risk of getting asthma, decreased lung function, and similar respiratory problems.

Avoid Asbestos at All Costs

You might think asbestos is no longer a worry, but it’s still everywhere. Asbestos is tricky, because it’s technically protective, yet prolonged exposure to it can do serious damage. In older homes, especially, along with older buildings—such as your child’s school, the local library, or other child-friendly places — the insulation could have asbestos, and that could lead to mesothelioma.

You need to ask questions about the places where you live and the places your children frequent. Teach them to ask questions as well. In addition to being lethal, the costs of mesothelioma diagnosis and care are serious. Monetarily, the cost of care breaks the bank, and the emotional and physical costs are even more drastic.

Say No to Smokers Smoking is bad for everyone, and you can keep your children away from it. If anyone in your family smokes, ask them to quit. If you know people who smoke, request that they don’t do it in your home, in your car, or around your kids. If quitting isn’t an option, make sure all smoking materials are out of the reach of your children, so they aren’t tempted to experiment.

Quitting is better for everyone involved, however. Secondhand smoke is just as dangerous as firsthand smoke. At best, it can cause your child to get asthma or other respiratory illnesses. At worst, it leads to cancer.

Before scoffing at the organic movement, consider the kind of harm pesticides can cause when they’re ingested. Unfortunately, there are pesticides everywhere: Try to eat organic, locally grown food and produce to cut your risks. If you have pests, use humane, natural remedies or companies that don’t use toxic control methods. You can also buy all your food when it’s in season, because it’s not as likely to have pesticide treatments, which can lead to poisoning, cancer, and problems with the central nervous system.

Keeping your children safe and healthy is always your first priority. How do you protect yours against sneaky environmental hazards?