Building A Better Student: Lessons From a Moth 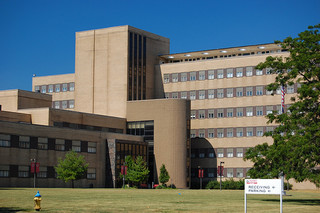 I stood before a large assembly of seventh and eighth grade students, talking about preparing for the future. Normally this would cause a twelve-year-old to yawn and yearn to pull out her phone, but on this day a somewhat-perky student raised her hand and asked about the importance of deciding on a career at an early age.

“I was told to pick a career before I get to high school,” she said. “That way I can use all four years of high school and then college to get a head start on everyone else interested in that field.”

Just as I began to reply, the image of a moth fluttered through my mind. And no, I wasn’t having some sort of episode. It just so happened that the night before I’d read a quick piece about a particular insect species called the peppered moth, and in a flash I saw a connection with the young woman’s question.

In England, the peppered moth is an interesting case study on the effects of variation in nature. There are light-colored members of the species, but also some that are much darker. Because the moths like to rest against the bark of trees – which around London tended to be a lighter shade – the darker moths stood out, making them easy targets for birds and other predators. Consequently, there were fewer dark peppered moths.

But then the industrial revolution erupted, belching pollution into the British air, and the trees became stained with grime and soot. The bark soon was much darker, and – no surprise – it now was the light-colored moths that stood out and became easy meals for the birds. Within a few decades the number of dark peppered moths increased as they suddenly were the camouflaged ones.

It’s another example of how variation in nature causes success for one species while punishing another.

Here’s the important lesson, however: The moths had no say in the changes that took place, nor did they do anything to influence whether they survived or died. Their fate lay in the hands of random genetic coloring and the industrial antics of humans.

For your average eighth-grade student, however, it’s a different story. Her ability to adapt and evolve is within her control; the world will continuously alter and shift as she marches through high school and college, and the students who survive and thrive will be the ones who are not locked into one narrow set of skills that may – or may not – be relevant in ten years.

Rather than laser-focusing on any one career beginning in the ninth grade, a young person’s smartest move would be to learn a variety of skills that will allow him to quickly adapt to a changing marketplace. Employers already value people who show an aptitude in many different areas, and that value will only increase as technology races forward and business practices morph. Who will be best equipped to roll with the changes?

We can learn a lot from a poor, nineteenth century moth. Don’t let the next revolution leave your student vulnerable. Prepare her to fit into any background that nature or society throws her way, with a well-rounded education and an eagerness to evolve.

Earnest Parenting: help for parents who want their children to be well-prepared for the future.