Kids and Their Cars: When it Gets Complicated 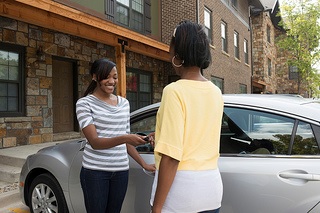 Parents always want the best for their children, and there’s usually nothing in this world that would prevent them from making sure that they’re safe. Unfortunately, as our kids get older, they ultimately go out on their own. Usually the first step into that new world is their ability to drive. This puts teenagers in a position where they’re without the constant guidance of an adult, and this can easily break their parents’ hearts. Even though an individual can’t be with their driving teen all of the time, they can understand certain dangers and how to prevent them.

When Teens are Behind the Wheel
Many people point out that the problem with teens is the fact that they think they know everything. In reality, this is definitely one of the factors that can cause issues when young people are behind the wheel, but it’s definitely not the only one. The simple fact is that teens aren’t experienced when they first get behind the wheel. This is why car accidents are the leading killer of teenagers and individuals in their early 20s.

Inexperience, however, is still only part of the story. The truth of the matter is that teens behave recklessly without realizing the repercussions of their actions. They’re much more likely to do this when their friends are around, and this is why many states don’t allow teens with their license or permit to have other young people in the vehicle.

Even when friends are simply part of the equation, such as when Justin Bieber was arrested in Palm Beach for intoxicated driving and drag racing, they can carelessly put themselves in danger. In this situation, the pop star would’ve done well to find an attorney. One office, Steinger, Iscoe & Greene, West Palm Beach car accident law firm, could’ve assisted in having his charges lowered or dropped, but sadly, criminal penalties may sometimes turn out to be the least of a teen’s worries.

Disheartening Statistics
If a parent is lucky, a late night call from their child about getting arrested will be the worst they’ll have to go through. Sadly, many parents aren’t this lucky. In 2010 alone, 2,700 teenagers between 16 and 19 years old were killed in motor vehicle collisions. There were an additional 282,000 who had to be treated in emergency rooms after these incidents.

When seeing these statistics, it’s important for parents to not just see them as a fluke. In fact, a study found that a full 45 percent of all teenage deaths in automobile accidents involved speeding, and this was an increase from 43 percent in 1999. This goes to show that many of these accidents are avoidable, but parents need to be willing to take on the fight themselves.

Getting Teens to Follow the Rules
The most important thing that a parent can do to keep young ones safe behind the wheel is to stick to their guns. Make rules and abide by them. If a parent threatens to take a teen’s car away for a while because they engage in certain activities, that’s exactly what they need to do.

Sometimes, a parent has to trust that their teen isn’t doing certain things, such as picking up their friends for rides, but there are other times when parents can keep up with their teen. There are several apps, in fact, which will allow a parent to keep tabs on their teen’s driving behavior. This way, although they may be out on their own, they’re never really out of reach.

Parents will always have trouble getting their teens to listen to them, but when it comes to getting behind the wheel, the consequences are simply too harsh for a parent to just give in. This is why it’s imperative for parents to stand firm on their rules and employ some of the aforementioned tactics on keeping their teens safe while driving. For those whose teens don’t listen, though, hopefully hiring an attorney to get them out of a criminal charge will be the worst they’ll go through.

Regi Waters has never shared a ride with a teen driver. Chalk it up to a healthy fear of their abilities or the recent statistics on teen fatalities. This occasional nomad prefers to let her beau do all the driving to vacation spots like Palm Beach, FL. She has never had an accident in the Sunshine State, but if such occurred, she would contact Steinger, Iscoe & Greene, West Palm Beach car accident law firm to help aid in her legal battle.