Kid Tech – 5 Kid Friendly Apps Every Parent Should Look Into 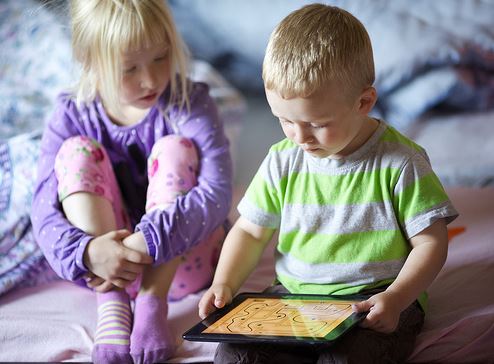 Do you have a toddler or a preschooler with nothing to do? Children at this age can be quite a handful and an increasing number of parents are turning to electronic methods to help them contain the energy of their youngsters. There are dozens of educational apps, games, music and recognition apps to keep her entertained. Your toddler can learn from these five top picks which combine cool graphics, fun colors and shapes with instructions they’ll understand. The best part is you’ll know where your phone is from the oohs, aahs and giggles.

This app combines sound and movement to teach kids their letters. An animated character shows the child how to form a letter, then the child connects the dots to form the letter for themselves. Bright colors, cute graphics and professionally recorded sounds will delight them with hours of interactive fun.

Gartu in the Kindergarten was developed by educational scientists and teachers from Spain. The app is in several languages and includes songs and games for the young explorers. Children will learn shapes and colors, circular, horizontal and vertical, seasons, animals, holidays and more. The app is done in bright colors and fun animal graphics so you will be sure to know that they will be fascinated.

Parents no longer need to be afraid what their kids will see on YouTube. Sanctioned by parents and YouTube, Weet Woo is videos for the short folks. Educational and fun, your child will laugh for hours whilst perusing these kid-safe videos.

Keep your child occupied playing with Uno cards, learning to count and recognizing grouping as well as priorities. This is a great game to play in the car or really anywhere. Older kids will love it because they can play increasingly difficult levels and also play against other kids as well.

It’s a simple graphic the child will touch and talk to. The cat will respond with exactly the sound the child makes or word they say but in a funny voice. Tom purrs when he is patted, scratches the screen like a cat would, and the child can make Tom turn a somersault or chase a mouse.

The truth is kids are more tech-savvy than some adults and their attention span can be a bit lacking. They play more with phones than some adults do and so having some kid-friendly apps can go a long way to saving your sanity.  Most of these apps are either free or only a small amount of money but you will want to be sure to protect your phone with a case like a htc one case. Having this protection can be vital when lending your phone to a young one. With this security you can be sure to just download, sit back and enjoy the worry free fun with the children.