Working Through Difficulty: Five Ways to Help Your Children Through a Divorce 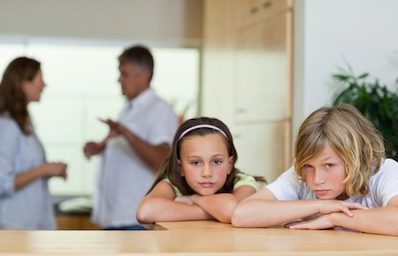 More than half the marriages in the United States end in divorce. This process is even more difficult when there are children involved. Here are some things that should think about when determining custody.

Divorce can be an emotional roller coaster. Don’t let those feelings get in the way of making good decisions. It’s easy to project feelings to child custody situations, but is a serious mistake. Try thinking logically to make decisions. Things can get heated during a child custody debate but don’t let personal afflictions with the other parent cause you to make poor decisions.

Do what’s best for the children

This is the first and foremost rule when discussing child custody. As a parent, you will have to step outside yourself to look at your personal situation and see if this is actually what is best. Be humble enough to understand that the needs of the children are what come first. By misrepresenting yourself to the court as a means to get custody of the children, you are only hurting the children more in a situation that is already volatile.

Don’t use your children

One of the worst things a parent can do is to put a child against the other parent. It is manipulative and deceptive. It also provides for a very unhealthy relationship that could affect them long after the divorce is settled. Doing this is far from the best interests of the children.

Do listen to your children

Children are far more perceptive than most parents give them credit for. Even at a young age, they understand conflict and dysfunction. Many parents battling it out in divorce forget to listen to their children and think that divorce talk is meant for “grown-ups.” This couldn’t be far from the truth. Listen to your child’s input and acknowledge their wants and concerns. They may surprise you and shed some light on the matter.

Fighting fair may not seem like the key to victory but child custody isn’t a matter of who wins or loses. It’s about what is best for the children. Being humble and keeping your composure will ensure that what is best for children will be determined in a custody battle.

Kara Masterson is a freelance writer from West Jordan, Utah. She graduated from the University of Utah and enjoys writing about traveling and spending time with her dog, Max. Information credit to Donald B. Phelps Corporation, Family Lawyers Vancouver.

Earnest Parenting: help for parents trying to get through a divorce.