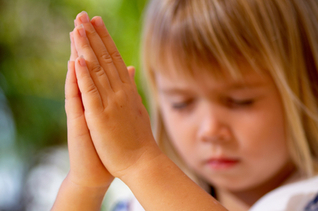 As a Christian parent, it’s natural to want to raise your kids to respect God, parents, and authority. But raising an honest and responsible kid can be a real challenge in a culture where parents seem to swing between the two extremes of authoritarian and permissive. Here are a few tips that will help you raise a truly good kid without being either a drill sergeant or a pushover.

Introduce the Word and Prayer Early
You can begin introducing Bible stories and lessons as soon as your kids are old enough to comprehend them, so they will be steeped in the Word. You can use children’s Bibles and DVDs of Bible stories for this, as well as series like Veggie Tales to supplement. Most Christian bookstores sell some sort of Bible curriculum that covers a wide age range. Hold family devotions as much as possible, at the same time each day if you can. Talk about Biblical characters and their integrity. Stress that these people had flaws just like we do, but learned to deal with them by doing what God said. Pray with your kids, stressing that, just as they can talk to their parents about everything, they can do the same with God, even if He doesn’t always answer prayers as they’d like. Emphasize that God’s love is unconditional, but He is pleased with obedience just like earthly parents.

Lead by Example
If you tell a “white lie” to get out of an event or avoid hurting someone’s feelings, your kids are going to notice. They’ll also notice if you put off work projects or badmouth your boss. You can still be honest about these things, but do it in a kind way. For example: “My boss upset me today because I don’t agree with how he spoke to me.” Encourage your kids to do the same. For example, if they despise Aunt Sara’s green bean casserole, they might say, “Thanks, Aunt Sara, but that’s not my favorite. Your yeast rolls look delicious–may I have one?”

Catch Them Doing Something Good
Most kids are familiar with the concept of getting caught, and for them, it’s usually negative. But today, a lot of parents and teachers are learning the value of catching kids doing good things. Make a point to “catch” good stuff in your home, and alert your child to it. Make your praise specific: “I appreciate the way you empty the dishwasher every afternoon; it really helps me out.” Younger kids may benefit from a tangible reward now and then, but don’t overdo it. The same applies for older kids, though instead of a new possession, they may appreciate a raise in allowance or a night out with friends.

If Something Does Go Wrong…
Even “good” kids can end up on the wrong side of the law. If that happens, do not panic. Immediately get the correct information on what the charges are, who filed them, and what the consequences could be. You may well need an attorney, and most states have firms that specialize in juvenile law. For example, Utah juvenile attorney Darren Levitt, as well as George Kita of California, are well-known on the West Coast.

Once you get your child home, be calm and firm. State your feelings, and set realistic consequences. Also, emphasize your forgiveness and love for your child, and reassure him or her that you will handle the repercussions as a family.

Raising an honest, responsible child, especially in a Christian environment, can be tough in today’s world. Often, parents have to be prepared for even the best-behaved kid to slip up. Tips like this can help your family deal with the best and the worst together.

Earnest Parenting: help for parents who are raising good kids in a difficult world.