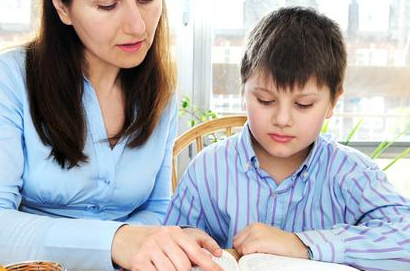 Michelle has an interesting dilemma. She and Ryan divorced four years ago, and today they share custody of their pre-teen son and 13-year-old daughter. Many split families understand exactly the frustration that Michelle is experiencing.

Ryan does not share her attitude toward academic discipline.

A former Dean’s List graduate – and now a prosperous CPA – Michelle wants to instill in her children the same respect and appreciation for education that she believes was responsible for her success. She encourages her kids to read and to be diligent with their homework.

Her ex-husband, however, has little interest in their academic accomplishments. He routinely allows them to blow off their school work in order to spend time on their phones and social media, and argues that “they only get to be kids once; let them play.”

For many divorced adults, this places an enormous strain on one parent. They want desperately to enforce academic discipline within their home, but find themselves painted into the role of the bad guy. “Dad doesn’t make us do that” stings, and kids quickly learn how to work that angle to their advantage.

It’s difficult to know what Ryan’s motivation is for his behavior, but most of us probably assume that it’s a selfish one: I want to be popular with my children, and it’s just easier to let them play on their phones.

The problem is that it’s sacrificing long-term success for the children in order to satisfy a parent’s short-term insecurity.

No matter how contentious a divorce may have been, both parents need to rally around their child, and that includes school work. Playing good cop/bad cop only confuses a young person when it comes to priorities, and it eventually can damage her prospects for academic success.

Michelle is taking the right approach. She continues to enforce strict guidelines under her roof, and she has scheduled teacher/parent conferences with her ex-husband to discuss his role in the process. Rather than talk about it from a personal standpoint – “Do you realize how hard you’re making this for me?” – Michelle is making it all about the pros and cons with their two children.

She’s reasoning with Ryan, using examples of how a united effort can produce substantially better results. With both parents following a well-defined routine, students learn quickly what’s expected of them and go about their work. It’s been proven many times that young people actually flourish when given a consistent set of guidelines.

Every parent wants the best for their kids, although they often go about it in completely different fashions. As with most relationship issues, this is all about communication. What’s crucial is that divorced parents get on the same page in regard to academic expectations and eliminate confusion from one house to the other.

Teachers will gladly sit down with parents to help facilitate the process. If you’re in the same situation as Michelle, don’t be afraid to ask for help. Everyone benefits in the end, particularly the student.

Earnest Parenting: help for divorced parents wanting to set guidelines for their kids.