MADD: How Mothers Against Drunk Driving Got Its Start 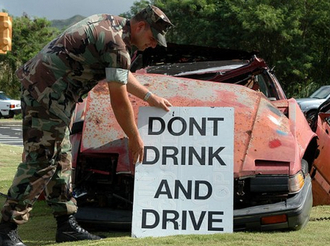 The MADD organization has been recognized world wide and referenced by many lawyers as one of the first movements that was formed specifically by mothers to punish this widespread crime. The group started small, namely with two courageous women. This is their story.

On May 3, 1980, a bubbly thirteen year old girl named Cari Lightner was killed while walking to a church carnival with a friend. The driver was on an out bail for a hit and run, and had been on a three day drinking binge when he struck down Cari, killing her on impact. Cari’s mother Candace Lightner was shocked to learn that the driver had been drunk, and that he was unlikely to serve any prison time for taking her daughter’s life. Although drunk drivers took tens of thousands of lives each year, there was virtually no awareness about the statistics, and certainly very little action taken to prevent or punish such heinous offenses. That was when a grief stricken, yet determined Candace decided to form Mothers Against Drunk Drivers.

The grassroots movement took off immediately, and was bombarded with volunteers, victims, and traffic safety advocates looking to support the cause. A few months after her crusade began, Candace met Cindi Lamb, whose 5 month old daughter Laura had been made the nation’s youngest quadriplegic as the result of a drunk driving crash. This driver was also a repeat offender, who was unlikely to receive more than a slap on the wrist. Cindi had been writing letters to government and law enforcement officials for months, attempting to raise awareness. After meeting Candace, Cindi started her own chapter of MADD in Maryland and MADD officially became national.

On October 1, 1980 MADD held a national press conference on the steps of Capitol Hill, which sparked national attention. By 1982, there were 100 chapters of MADD all across the country, and new laws against drunk driving in 35 states. In 1984, the group changed their name to Mothers Against Drunk Driving. This slight, but carefully chosen, change was intended to clarify that the group was not fighting against individuals, but against the dangerous criminal act of drunk driving.

Before MADD there was no voice for the many victims of drunk driving accidents. According to the MacNeil firm LTD, scores of preventable deaths were unpunished and overlooked. Before action was taken, Cari Lightner and Laura Lamb had given the ultimate sacrifice, their lives. Thanks to the courage and tenacity of their mothers, the number of drunk driving deaths has been halved. As DUI lawyers in Kankakee county tell us, though there are still 30 victims of drunk drivers a day, there are thousands more who unknowingly owe their lives to two little girls and their dedicated mothers.