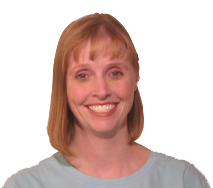 Soooooooo, yea. I didn’t get the linky up last night, and now it’s really too late so I have decided to just post something explanatory and excusatory (I just made that word up. You’re welcome.) and live to try to do better next week.

After a spring sports season in which 4 boys were participating in 4 different sports (and two of them were together while another was on two separate teams) we blasted rather late into summer. After an unheard of number of snow days, the public school schedule ran until June 19. Homeschooling is still going along over the summer because I’m trying to finish up a few things. We’re just doing Latin and History which are easy and reasonable. But that and summer activities and business and work equals insanity.

Add to that the fact that Google hit this site with a penalty for “unnatural outbound linking” and you have the perfect storm of Too Much To Do For Amy.

You see, I started this site in 2007 and at the time it was perfectly wonderful to link out to other sites. So I did, often more than once….in nearly 2000 blog posts. Now Google frowns on this practice. It’s out of a concern for you, dear Hero. They don’t want me to pull anything over on you and try to suggest you spend money with a particular business. And they REALLY don’t want me to trick you with any kind of advertising. I completely respect that and am on board for making the necessary changes.

However. There are nearly 2000 articles in the archive, and finding time to go through and remove or reformat links has been difficult. That’s why there hasn’t been much in the way of publishing this summer. I just don’t have time!

I’ve made a resolution however, to finish the reformatting job by the end of August and resume chattiness in September.

In the meantime, I’ll try to publish a few things that I still have in the queue, and I have more than plenty to say about teen boys. If I can squeeze in some writing time, I’ll tell you some stories.

Have a wonderful end of summer, Heroes, and hopefully we’ll talk soon.