Building a Better Student: The Ladder Gets Longer 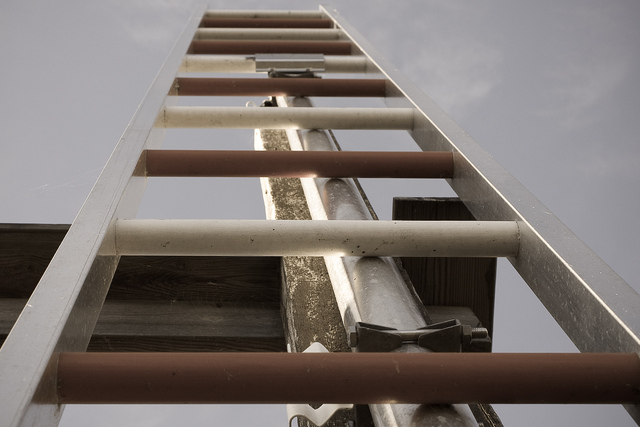 Our company recently hosted a team building session for about thirty employees, where we focused on creating a stronger internal bond. If you’re going into battle – even corporate battle – it helps to know the people around you on a more intimate level.

During one emotional segment, a guy on our team told us about the day he realized that  professional learning never really stops. He used a phrase that immediately resonated with me:

The ladder gets longer.

It summons an image in your brain instantly, doesn’t it? We see a ladder going up and up, into a vague and murky sky . . . and it never stops. It just keeps going, with no final rung.

On one hand it’s a sobering thought, and, if we left it at that, it might almost be discouraging. But there’s another way of thinking about that ladder, and it’s something that can help parents prepare their students for life both during and after their school years.

Sure, the ladder could represent challenges and hardships – it seems like hard work, after all, pulling yourself up, rung by rung. And yet it also speaks to opportunities, and to the limitless potential that every student is blessed with.

Perhaps we’ve placed ourselves in a box of sorts with our standard view of a ladder. We generally see it as a finite series of steps, with a specific starting point and ending. We talk about climbing the corporate ladder and we think of a defined goal.

What is that telling young people? Does it say that you’re confined to how far you can really go? Does it encourage us to set limited goals? Does it compress our imagination and produce an automatic underachiever? Even if the top rung is commonly viewed as success, is it really?

I prefer the image of a ladder that gets longer. I embrace the idea that there’s always another step, always another possibility. It’s easy to believe that our greatest innovators through the years have been men and women who can’t see a final rung. They push the boundaries of their abilities, and, as a result, they push us to do better things.

They’re not satisfied with society’s definition of ‘the top.’ Our kids shouldn’t be, either.