Thoughts on the Whole Homeschool vs Public School Debate 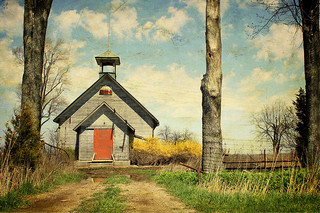 Longtime readers are certainly aware that I spent many years homeschooling all 4 boys, and then about 4 years ago the older ones began attending public school. To be precise, TechnoBoy went to 8th grade and then The Mercenary joined public school the following year. They’re both in 11th grade now and we agree that the choice to send them was the right one.

The younger boys are still learning at home. They will attend 8th grade in the public school next year and then will make up their own minds about where to do high school. I anticipate that they’ll go to public school. That’s just a guess though.

A HUGE topic of conversation in the homeschool community is the reaction they get from friends, relatives, and strangers about their schooling choice. Comments can range anywhere from supportive to downright accusatory. I personally have never been verbally attacked for homeschooling, but I have fielded a lot of questions (that I have always been happy to answer). We’ve been brought up to believe that our children need to be taught by specially trained professionals and that parents really aren’t up to the task.

For the most part, nothing could be further from the truth.

Between the extensive curriculum offerings, virtual academies, support groups, and online resources, any motivated parent can do an amazing job schooling their own children. The individualized attention is a bonus and a reality with which public schools simply cannot compete. I believe in homeschooling.

Here’s the other side of the story though. Sending the older boys to school was absolutely the right thing to do. Both Hubby and I believe that is what God wanted us to do; about this there is no question. After years of battling with boys who were not convinced that they needed to learn (and additionally who believed that my efforts to teach them were offensive in the worst way), the choice was stark. We could continue at home and potentially lose them forever or send them out and restore our relationship. I’m glad we chose to send them.

Yes, they’ve been exposed to individuals and ideas and experiences that are not of our choosing. That was going to happen anyway. Sometimes parents overextend their protective duties and fool themselves into believing they can keep their children shielded completely and forever. Unless you have some kind of remote existence with no links to modern culture, that just isn’t the case. The best we can do is delay as long as possible. In our case, the time was 8th and 9th grade. They really are doing all right. We had some bumps and difficulties but were able to work through.

And. We have a decently solid foundation upon which to work in future. I credit both our years at home and our decision to send them out.

An interesting dynamic has developed over the past few years. In addition to feeling the need to defend homeschooling to public schoolers, I now find myself doing the opposite. Homeschool moms (and to some degree, older kids) have made comments about how they’d never go to public school, or questioned me about our choices. I have even gotten the sense that leaving homeschooling altogether will result in a huge loss of credibility for me next year.

Let’s say that someone works a job for more than ten years and then retires. Wouldn’t you consider them to have a lot of expertise in that field, even if they’d moved on to something else? Why then if someone stops homeschooling is there a whiff of failure around them?

I would really love to see all of us stop denigrating “the other side”. Because there shouldn’t BE an other side. Let’s start looking at different schooling choices as just that: different (but equal) choices. Only a fool can claim that one choice and one choice only is the best for every family on the planet.

For some families, schooling at home is the best choice. For others, it’s the worst. The fact that we live in a country that can offer so many options is an amazing blessing. Let’s embrace that, and support each other in doing what’s best for each individual family. Let’s help the ones that are struggling and applaud those that have found their own best way.

And let’s stop making value comments on the subject that suggest that our solution is the best for someone else. Am I being relativistic here? No, I don’t think so. I’m being realistic. Many families do well in the public system and are happy there. Yay for them! Let’s not tear down the schools and the people working in them because we’re not a part of that world.

Have I made dumb comments in the past, along these very lines? Yep. And for that, I’m very sorry.

When you straddle the fence it’s easy to get hit by both sides. I’m not saying I’ve suffered terrible attack or been hurt by homeschoolers sharing their opinions on public schools. I am disappointed to find similar prejudices and behaviors though, and I’m hoping perhaps to see that change.

Our words are powerful and important, and using them to build each other up is a much better thing than tearing down.