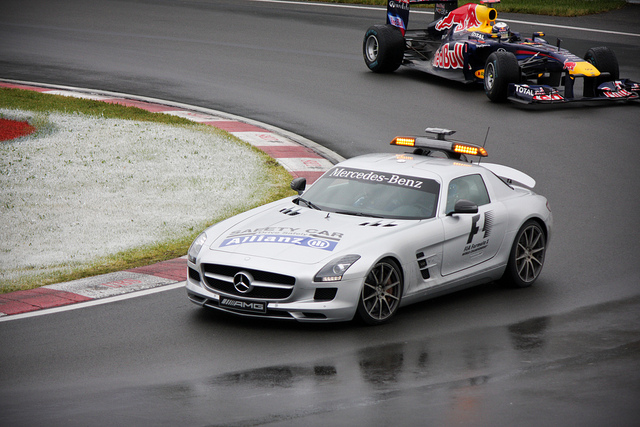 Over the summer I took a road trip, an experience that is as much a part of my DNA as my brown hair. A good portion of my youth was spent in the back seat of a Ford Galaxy 500 as my parents criss-crossed the country, and I’ve never outgrown my love of the road.

One thing I learned to appreciate during these jaunts was the pace car. On the highway you want to make good time, but you also want to avoid the flashing lights in your rearview mirror. So you wait for another car to pass you at a good clip and you quietly fall in behind them. It’s no guarantee that you won’t get a ticket, but they’ll usually be a good guide – until they exit for gas.

Then you look for another leader, one who’s not going too fast.

Your kids have their own version of this concept. The company they choose to keep as they wind their way through middle school and high school act as a social pace car. These are people who flash past your son or daughter and catch them in their wake, pulling them along for the ride.

It’s not always a bad thing. As I’ve stressed for years, the term peer pressure is generally associated with bad behavior – and often it is that variety – but it can also be a strong positive. There are great kids out there who could provide a terrific example for your impressionable student, and they don’t get enough attention.

But the truth is, young people are heavily motivated by a herd mentality. They desperately want to be accepted by their peers, which means they’re vulnerable to powerful personalities. If that personality happens to have a habit of questionable behavior, well . . .

So how do you handle this influence? You certainly don’t want to choose your child’s friends; that’s a social muscle that they’ll have to exercise for themselves. You can, however, have one-on-one chats with them about how to pick friends.

Because that’s an actual process, isn’t it? Think about how you choose your own friends as an adult: you size up a person by their personality, their ethics, and shared interests. You also make a quick determination of whether or not they’ll be dependable – can you count on them in a crunch, even if it’s purely emotional support?

Kids generally aren’t as discerning; often they’ll make a judgment on someone based simply on how popular the other person is. The factors we deem important aren’t on their radar.

Which means they might choose a pace car that leads them down exactly the wrong road, including some exits that are pure trouble. We’ve all seen it: some of our kids’ friends we really like – some, not so much.

We have a variety of responsibilities as parents, and one of those is helping our kids to become better at selecting the people who will ultimately influence their decision making. Having a frank discussion with them about their path – and what can knock them off that path – will help them to become better at picking their travel companions.

It makes the journey so much more enjoyable for everyone.