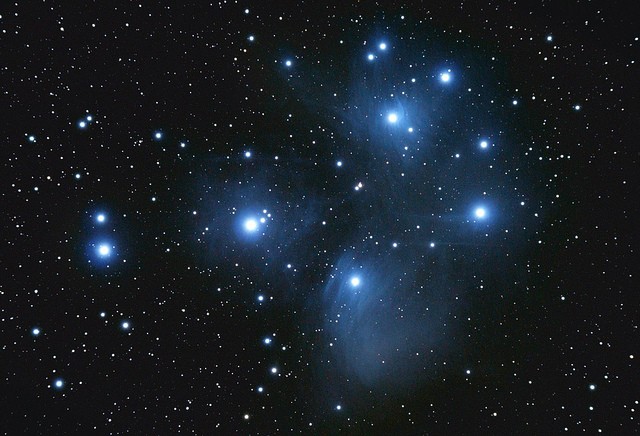 How do you measure the distance to a star that’s millions of light years away? Astronomers sometimes use a form of measurement that relies on the brightness (or luminosity) of particular types of stars. It’s known as a standard candle.

The whole system relies on trusting that some stars will behave exactly the way similar stars do.

So you immediately ask: What does this have to do with my child?

As parents we hold our kids up to a standard. Whether it’s an older sibling (who was our pride and joy), or one of our kid’s friends (who seems almost flawless), we measure the successes and failures by how someone else did it.

Or how we did it.

We act as if there’s a standard candle by which we can compare and contrast the progression of a son or daughter who’s busy trying to find their own way through life and through (gulp) adolescence. We’ve been down this same path – you’d think we’d know how treacherous it is.

But, like astronomers who long for making sense of a chaotic universe, we so desperately want to believe in a measuring device that will properly gauge how Tyler and Maddie are doing. We crave, if you will, that candle. There’s nothing wrong with wanting that.

That’s why it’s important to occasionally take a step back and acknowledge that – when it comes to tweens and teens – comparisons are often faulty. We say that we want our kids to be unique (to the point where we bestow exotic names and spellings on them), then we turn around and grow frustrated when they display individuality.

Human evolution has mandated that kids be different. Even siblings, with the same parents and grandparents, are drastically different in temperament and personality. It’s nature’s way of assuring the continuation of the species. One is shy and studious; the other is a show-off and wild-child. You wonder if there was a slip-up in the maternity ward.

So how do you measure your child’s progress? By visualizing their own individual growth ladder – not compared to another child’s – and nudging them to keep climbing to the next rung. Your 16-year-old’s ladder will probably look nothing like her younger brother’s. And that’s okay.

It doesn’t mean you throw your hands up and divorce yourself from responsibility; it means you go into it knowing that each student’s growth will happen at a different pace and at a different incline.

A standard candle can help us figure out how far it is to the Andromeda galaxy. But it can’t measure the maturity of your kids.

And for that we should be grateful.