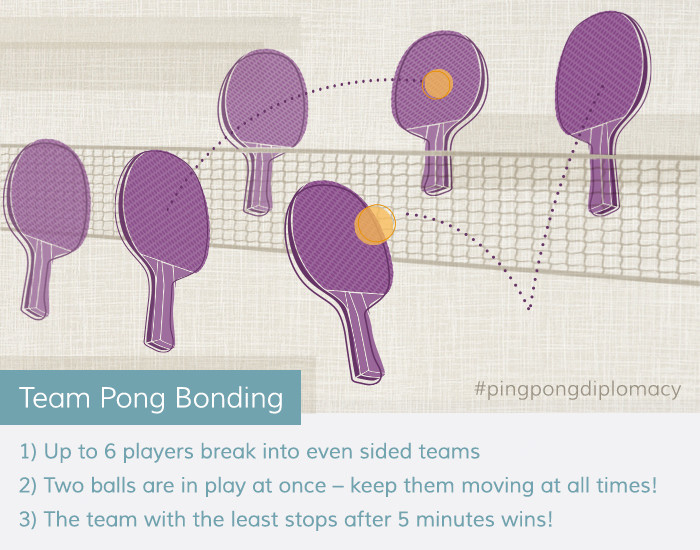 So I learned about a new way to handle arguments recently: Ping Pong Diplomacy. No kidding! You can settle all sorts of disputes with Ping Pong.

One thing about twin boys is that they can argue. A lot. The older boys have perfected their technique and squabble like an old married couple. Most of the time it’s in good fun of course, but I have been known to get in trouble for laughing when they were actually serious.

I should tell them that I need a better way of knowing when it’s funny and when it’s not. Getting into trouble isn’t fun.

Anyhow. Ping Pong Diplomacy. Say for example that your kids won’t go to bed nicely for you. Try playing Over the Moon. The rules are simple: Hit the ball off the table with your best swing. Kids have 5 minutes to return the ball as many times as they can. Then it’s bedtime. After 5 minutes of running, it’s usually pretty easy to get them to lie down without complaint.

Other games are Chore Pong, Argument Evaporator, Foodie Flip, and Team Pong Bonding. Check it out and let me know what you think! 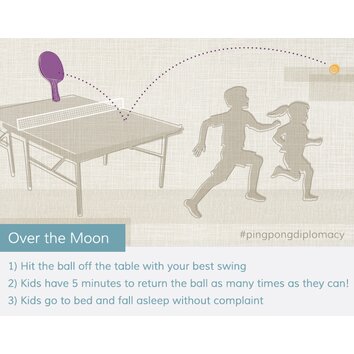