How to Use Parental Controls on Video Game Consoles 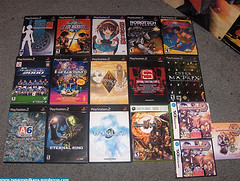 Editor’s note: please welcome Mary Ward to Earnest Parenting! I was very pleased that she chose to share this topic with us; it’s very important information for any family that has gaming systems in the home.

Most of today’s parents are familiar with the video game rating system, which rates video games according to their appropriateness for children. But, what many parents may not know is that they can take controls one step further with newer game consoles by setting the parental controls on the console itself.

While using the game rating system is a great way to ensure that you only buy age appropriate games for your children, it does not protect your kids from games that their friends might loan them. By using the console parental controls you’ll be able to control what types of games are played on the console. In addition, if your console plays movies on DVD, you can control the movies watched on the console, too.

Following are some basic instructions for setting the controls on these consoles:

Nintendo Wii
Turn on your Wii console and click the Wii button at the bottom of the screen. Then select Wii Settings and select Parental Controls. Game controls use the same ratings as the games themselves. Simply set the highest rating with which you’re comfortable. In addition to setting game restrictions, you can set restrictions on online features. Some parents may also elect to disable the web browser, put limits on emails and set a pin for purchases from the Wii shop. Before you exit, set a password for future use.

Sony PlayStation 3 and Playstation Portable
Your playstation will come with a password that you’ll need to use to change the controls. The default password is 0000. Nearly every child on the planet knows this, so be certain to change the password when you’re finished setting the controls. Select “settings”, then “security settings”. Within this, there will be settings for DVDs and Blue Ray Discs, as well as the spot for changing the password. You’ll find game controls under parental controls. The restrictions are set by number. The lower the number, the tighter the restriction. Many parents start at “1” and then loosen the restriction as permissible games and movies are denied.

The Playstation Portable’s controls are set in much the same way. Follow the same instructions as above, but note that videos are referred to as UMD’s (Universal Media Discs). You’ll want to also remember to change the password on this console, too.

Microsoft Xbox 360
To set the controls on the Xbox 360, start the console without a disc. Then select System, Family Settings, Console Controls.

Mary Ward is a freelance writer and likes writing about healthcare career topics, such as how to obtain an online x-ray tech degree.

Earnest Parenting: help for parents who want their kids to be safe with video games.