What Do You Do When Your Child Lies? 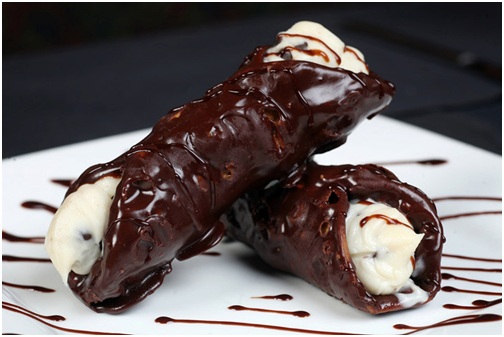 Tonight when Hubby got home from work he happened to notice that two sweets he’d put in the cupboard yesterday were gone. I’d noticed them mid-day myself. Now the shelf was empty. No one had asked me about eating them, and I hadn’t done it. I had the last slice of carrot cake, not the sweets.

Hubby asked each boy if he’d eaten them, and all denied it. It’s mathematically impossible for all of them to have been telling the truth, so he took a look around to see if there was any evidence. Sure enough, two wrappers turned up in the boys’ bathroom wastebasket.

Hubby asked each boy again, and this time one did admit to eating one sweet. All denied having the second one.

Aaaaand that’s where we are. If there’s one thing we really hate as parents, it’s dishonesty.

We do work fairly hard to limit the amount of sugar the boys eat daily, so I understand that they may feel like it’s a forbidden fruit. However, they do get plenty. The sweets in question are usually saved for the bedtime snack that is served daily. They also get a some small candies every day when schoolwork is finished. Throw in the daily breakfast cereal and occasional cookie, and I think you’ll agree that there’s no deprivation going on here. And yet, a boy felt compelled to take without permission; then he lied about it. In the course of the investigation it became apparent that his twin had also been disobedient. Very sad.

Several consequences were considered: locking up sweets, not having any sweets in the house, going for a certain time without sweets, losing precious screen time….we’re not sure what would actually send the message that lying is really really really not okay. If the boy had admitted to eating the sweet, we would have frowned and told him that we don’t like them sneaking sugar and that they need to eat more fruits and vegetables. Instead, his dishonesty takes it to a new level.

In the meantime, what would you do? This isn’t the first time that we’ve been lied to, and I wager it won’t be the last. (I did give birth to humans after all.) It’s just so sad that they feel like they have to lie to us. Both Hubby and I want them to have a habit of honesty, especially with their own parents.

Hubby finally decided to tell them to come up with their own consequence. They have to choose something serious enough to help them remember to be honest in the future. I guess we’ll see tomorrow what they suggest.

Earnest Parenting: help for parents who need their children to be more honest.