Adolescent Anger is Flaring Up 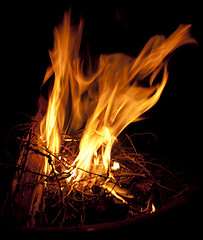 Today was a day filled with conflict, yet I sit here feeling mighty peaceful. The Mercenary has been getting angry with me on a daily basis, and his disrespectful behavior has been on the increase for some time.

I actually understand the anger; between the hormones that are flooding his body and my demands for excellence it’s easy to see why he’d get frustrated. I’m totally fine with him feeling that way. I’m not fine with him being disrespectful, and I’m not fine with him letting anger grow in his life, so I have been challenging him directly. In the short term, we’re seeing more anger from him. I’m confident though, that he’ll be able to grow past this phase in life successfully.

The trick is to get him to understand all that. The only way I know how to do that is to be calm, deliberate, and direct with him. Trust me, that in’nt easy. But he’s giving me lots of chances to practice. Both Hubby and I keep telling him that we understand the anger, that part of it is hormonal, and that we’re not upset with him for getting angry. At the same time, the hormonal anger is irrational and his thinking is not clear. And third, disrespectful behavior is not going to be accepted.

The other day I asked the boys to get their books and come sit with me for their lesson. An argument quickly broke out when TechnoBoy took a pencil off The Mercenary’s desk. TM was incensed when I suggested that he should have shared the pencil because a) it wasn’t labeled with his name; b) I am the one who bought and provides pencils; c) he already had a pencil to use; d) it would have been the right thing to do; and e) this was a stupid argument that just took up 5 minutes. He angrily threw himself down on the floor. I looked at him and asked him to get the books that I’d requested earlier. He jumped up, muttering angrily that “I hate this” and “This is stupid”.

What does he hate? What’s stupid??

I asked him to stop and answer those questions. He couldn’t. That’s because he was busy flying off the handle without considering what was happening. I hadn’t made a wacky request. He was still upset about the pencil argument and letting it carry over to my “please get your book” direction.

He wasn’t pleased at being challenged over the fit, but he did get his book and settle down.

Today there were more fits of anger over such earth-shattering things like me trying to understand an answer he’d written down in a book. I was asking what he’d written and trying to figure out how he’d gotten it when he scribbled angrily over his own writing. This was about 15 seconds into the conversation. When I suggested that he was over-reacting to me simply asking a question, he got even angrier.

School stopped while I went over it again, explaining that

I reminded him that 12 is 2/3 of 18. At this age, he should be acting like 60% of an adult and temper tantrums don’t qualify as adult behavior. While the anger flooding through his system is normal, his rude behavior was not acceptable and he was going to have to stop. Were I talking to an adult, I would suggest something like deep breaths and calming down. Making the same suggestions to him is not insulting, nor is asking him to stop being so upset.

If looks could kill, I would at least have been unconscious after all that. Ooooooooh, he was mad!

However. He settled down and at least glared his way through the lessons. About half an hour later he’d recovered and we didn’t see as much temper the rest of the day.

Wanna bet how many more times we have to go through this process? I would guess high.