Communicating With Tweens Can Be Accomplished (With Persistence) 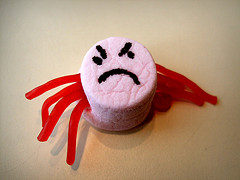 The Mercenary in particular has been getting irritated with me routinely. My breathing alone can cause a fit of sighs and eye-rolling. (You should see what happens when words come out of my mouth.)

I’ve always tried to be very upfront and direct with the boys. This can have its disadvantages, but overall I’m glad that Hubby and I took this approach.

I took over piano lessons with the boys when their teacher got a full time job and stopped giving lessons. The younger boys are having no difficulty with it; the older ones are having a harder time. They’re slated to finish piano completely in the next several weeks, so this particular torture is (supposed to be) short-lived. Part of the problem is that I didn’t insist on the boys learning to play with a metronome all along. Now that they’re getting more advanced they can’t just rely on their natural rhythm and when I’m pointing out that they’re playing inconsistently they get upset.

As with most issues with the boys I’m learning that firmly insisting on set standards results in them giving in and (gasp) enjoying themselves much more in life. Who woulda thought?

TM and I went head to head over the metronome issue last week, and after a lot of insisting, eye rolling, fist clenching, sighs, and general irritation, he used the thing. Wouldn’t you know it?? He played beautifully at lesson time this week!

Today he was practicing a new song and was clearly playing some phrases incorrectly. Faced with the choice of letting him learn it wrong and freak out next week when I have to say that it’s not right or telling him now and letting him freak out…I went with the “freak out now” option. Needless to say, he got very angry when I said, “hey you need to play those four eighth notes evenly”.

I know, right? How does a child survive such attack? Such torture??!?

The fists and jaw clenched, he glared down at the keys, and the whole anger bit was on. Again.

I took a few moments to talk to him about it. He did grudgingly agree that if any other adult had said that exact thing, he wouldn’t be mad.

“Okay, then,” I said. “While your anger is human and NORMAL and developmental and I’m NOT mad at you for being mad at me, it is also the case that your anger is not justified.”

Then I said, “Buddy, you’re going to get pushed in life no matter where you are. You can’t control that. What you can control is who pushes you.”

He got mad all over again. This was very confusing.

I explained that what I meant was that if he wanted someone else besides me to be the one pushing him, I wouldn’t be mad. I want to have us be on the same team, and it’s actually a pretty generous offer.

He thought about it.

I asked him if he’d noticed that I have not once pushed him to practice for basketball, nor have I bugged him about being ready for practice. Not once, in over a month.

“That’s because I see that you’re already pushing yourself. You get ready for practice, you go out and practice at home, you’re working on conditioning all by yourself. You don’t need me to do any pushing, so I don’t.”

I could see the light go off in his head.

Then he practiced his song and played it almost perfectly.

Ohhhhh if only this lasts for a while.