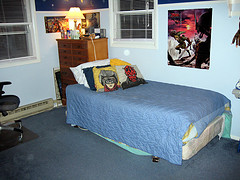 We’ve had rather an interesting conversation in the comments of my most recent post on parental anger. If you haven’t been following it, do pop over and take a read. Essentially, I wrote that I was angry with the boys. Beat said that he almost never gets angry with kids and doesn’t understand it in general. I get that, but I think he’s in the minority of parents on this planet. Most of us get mad. His point is extremely important and should be kept in mind. His way of parenting is something I aspire to.

Debbie said that she evaluated the situation before getting angry. If it wasn’t something that would matter in 6 weeks, it wasn’t worth getting upset.

Corinne reminded me that children are forgiving in general, and that boys in particular have their challenges.

Yup. If I understood even a tiny percentage of boy, life would be easier for all of us here.

After more than 2 weeks of not being angry…of being peaceful and happy and patient, I’ve gotten upset twice and today makes three I think. Ugh.

I’ve blown past Beat’s don’t get mad and am now evaluating the situation with Debbie’s criteria. Will this matter in 6 weeks?

Let me tell you what I’m upset about: messy rooms.

Yes, I can see where that may seem like a minor issue in life. But here’s what I’m thinking: a messy room is the result of a boy who is not taking responsibility nor exercising self-discipline.

Teaching responsibility and self-discipline is my job. Learning and implementing those skills is theirs. They’re not doing their job. Will this matter in 6 weeks? YES. Given that I’ve been fighting this battle for over a decade with the older boys, I think being upset with them is reasonable.

I started the older boys doing their own laundry last year sometime, and after several missteps we worked out a reasonable system and they kept up with things for the most part. As a New Year’s gift, I offered to wash everyone’s clothes this past weekend. 5 gigantic loads of laundry later, I asked both The Mercenary and TechnoBoy to take an armload of clean clothes and put them away. Mind you, I’d washed, dried, smoothed, and hung them on hangers. All they had to do was walk 58 feet and hang the clothes on the rod in the closet.

I even said to one boy, “Please hang these ON the rod in your closet.” To which he replied somewhat scornfully, “I know, Mom,” and I answered, “Knowing and doing are two different things.”

Sure enough, when I entered their room later both boys had dropped their armload of clothes on the floor.

That’s how they roll. Everything on the floor. (I shudder to think what their college rooms will look like. Scary.)

If we weren’t about to put our house up for sale, I could be much more forgiving. But we’re in the final weeks of preparation, and they HAVE to start keeping their rooms clean. Also? They’re going to be adult-type humans someday, and they HAVE to know how to be responsible and exercise self-discipline.

So yea. They need to step up a bit and cooperate. I don’t expect perfection. Heck, that’d scare me! But I do expect to see SOME kind of effort.

Earnest Parenting: help for parents who are frustrated about boys.