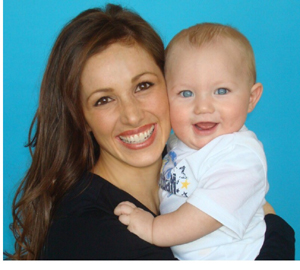 When children at an early age experience disappointment in communicating over and over again it significantly affects their confidence. We learn through patterns and repetition. When a child can’t effectively engage in either, it becomes frustrating for the child and the parent. The consequences usually end in the child avoiding social interaction, throwing tantrums, and losing self-confidence. By using baby sign language I was able to bypass some major developmental issues that my son was having.

Ben, my third child, has been my most shy and slowest to want to verbalize. He always had a hard time pronouncing things. He struggled to get his mouth to produce the “R” sound, and he frequently omitted the “S”, “Th”, and “Ch” sounds in many words. The poor little guy was getting so frustrated when people couldn’t understand him. He would either avoid talking and interacting or he’d start screaming and throwing a tantrum. I’ve worked with many parents who have dealt with similar problems. They tend to feel overwhelmed and confused because they don’t know how to help their child.

With Ben I decided that anytime I found out what he was trying to say I would teach him the sign language for that word. It was like a miracle! He knew that I could understand him if he used the sign, and then I was able to help him learn how to pronounce the words he was verbally struggling to say.

For instance, Ben would say “Ga” for multiple things. He’d say “ga” for water, “ga, ga” for dog, and “gaaa” for book (I have no idea why). I’d picked up on water and dog, because he was already using those signs, thank goodness. Then one day he was trying to tell me he wanted something and I had no idea what he was talking about. We wandered around the house trying to figure out what he needed. Finally he saw the book he wanted, “gaaa, gaaa, gaaa.” I never would have guessed. Right then I signed book to him, then I took his hands and had him sign book. We did it a few times until I could tell he understood. Later that night when I was putting him to bed he said “ga”. I asked if he wanted some water, he said no and started signing “book”. I grabbed a book and he started jumping up and down yelling, “yeah!” What a relief and pure sense of joy and accomplishment we both felt. That was ten times easier than wandering around the house trying to figure out what he needed.

Ben has continued to build confidence, avoid tantrums, and excel socially. I truly feel that baby sign language has enabled him to progress when he otherwise would have fallen behind and consequently lost confidence. Parents don’t typically think to use baby sign language for building confidence in their children, but I have seen it work first hand time and time again. Enabling your child to better communicate will have a positive impact on them for the rest of their lives.

About the Author: Andrea Ploehn (SAY Plone as in “hone”) is an expert on nonverbal communication and teaching babies sign language. A native and resident of Salt Lake City, Utah, she holds a communications degree with an emphasis in interpersonal communication from Idaho State University. She and her husband, a physical therapist, have four children, ages 16 months through 9-years-old. For more information, visit http://www.Signing4Baby.com. Contact Andrea at AndreaPloehn@hotmail.com.