Finding Kind Aims to Help Girls Treat One Another Better (Give Away!) 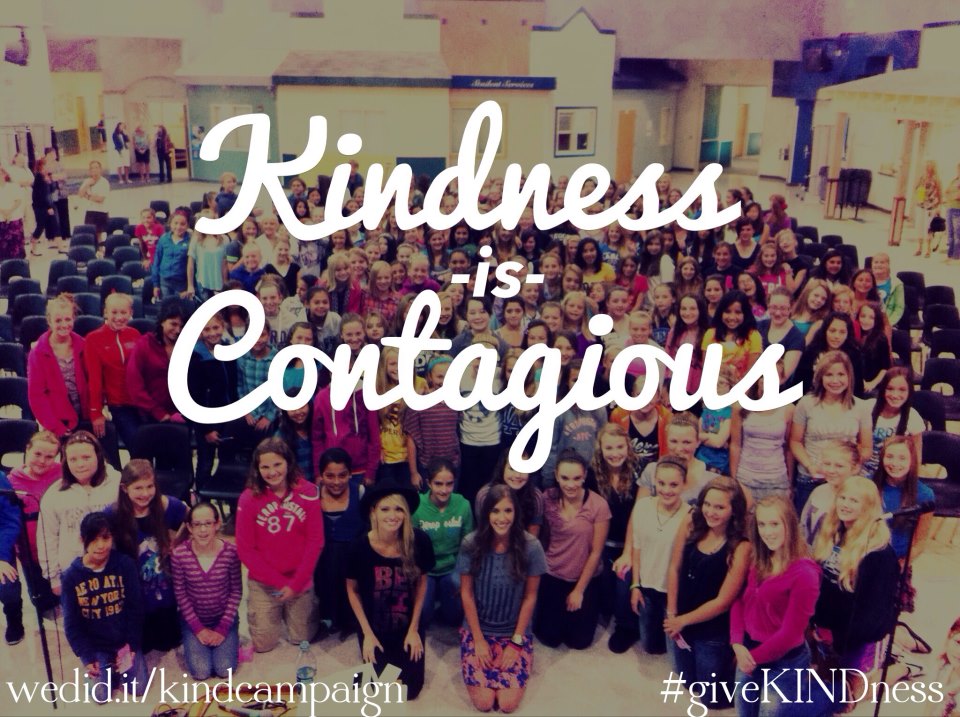 If you’ve spent any amount of time observing girls (or if you’re one yourself), you’ve seen how they can go from being besties one day to bitter enemies the next. The sheer cruelty of their words and actions can often be breathtaking. With boys, they get angry, fight it out, and return to friendship shortly. Girls? Not so much.

2 women filmmakers Lauren Parsekian and Molly Thompson, who met while in school at Pepperdine University, set out in a cross country journey of discovery and education in 2009. Interviewing women and girls along the way about their lives and experiences, Parsekian and Thompson found, among all of the unique personal stories, some universal truths about growing up as girls.

Finding Kind is a document of that journey, and of the filmmakers’ quest to take these experiences and find a common ground of kindness and mutual respect. In addition to all of the individual girls and women who share their personal experiences about girl on girl bullying with the filmmakers, Parsekian and Thompson include interviews with respected experts and authors in the fields of psychology, education, and the interrelationships of women and girls.

The full documentary of Finding Kind is available on IndieFlix, a web site devoted to promoting independent films. I linked above to the trailer for the movie. Because IndieFlix gave me a membership, I was able to watch the entire film. It was terrific. If I could figure out how to get the older boys to watch it, I would.

The movie is available for educational and community screenings. Just use the application form to get it set up.

In addition to the national tour, Lauren and Molly have developed educational materials to use to help girls treat one another better. They continue to teach and speak about the importance of being kind. You can find out more about the Kind Campaign on their Facebook Page.

I also want to mention a bit about IndieFlix, the site where I got to watch the movie. IndieFlix is a community of independent filmmakers and fans. Through its membership-based streaming service, IndieFlix helps filmmakers translate artistic vision into commercial success, and gives film lovers access to high quality independent films not otherwise available. IndieFlix’s mission is to champion filmmakers, rethink traditional approaches to distribution, and celebrate the artistry and impact of independent film. It was co-founded by filmmaker Scilla Andreen. Scilla (CEO and Co-Founder of IndieFlix) is a filmmaker, award-winning producer, Emmy-nominated costume designer, and tireless champion of independent film. She is relentless in her mission to help filmmakers translate their artistic vision into commercial success.

And! I get to give away TEN 2-month subscriptions!

If you’re a movie fan, especially of independent films, then this is totally something you should sign up for. Ten of them!

Just think how many hours of film you could consume in 2 months.

To enter, just use the Rafflecopter widget below. You can get entries for liking Earnest Parenting or the Kind Campaign on Facebook, sending out a tweet, or commenting below this post. Good luck!

Earnest Parenting: help for parents who love indie flix and want their girls to practice kindness.

FTC Disclosure: I was given a free subscription to IndieFlix.com in order to do this review. All opinions are my own.