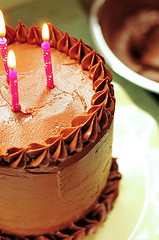 One of the biggest challenges of a children’s birthday party is maintaining a good level of engagement amongst the partygoers. Most children’s attention will wander at some time during a party, meaning that you have to set up activities and food in such a way as to keep them from being too distracted. Achieving this goal depends on being able to tailor parties to particular age groups, while also taking breaks and choosing the right entertainment, which can include themed parties from companies such as dnakids.co.uk.

Timing a Party
If you’re having a party that involves younger children and toddlers, you probably want to hold it in the early afternoon; this will give them a chance to have a morning nap, which should then prevent them from being sleepy during the rest of the day. It’s also important to have plenty of help during a party so that children receive enough individual attention. Moreover, you can break up food servings across the day so that children don’t eat or drink too much and tire themselves out.

Themed Entertainment
Focus on party games that aren’t going to be too tiring – keep the intensity levels fairly stable, and get everyone involved in games like Musical Chairs and Statues, as well as Pass the Parcel. High energy games like Simon Says that require a lot of concentration can also be a good idea. If you’re bringing in professional entertainment, consider themed football, princess, and hero parties as a way to keep children engaged with longer performances and games.

Breaking Up a Party
One approach that you might want to try to keep kids engaged during a party is to break it up into different sections. You might want to have some of a party at home, and the rest outdoors or in a local venue; this will give children something to look forward to, and allows for a natural resting time during the middle of a party. Tell children what to expect at the beginning of a party, and let parents know to bring a change of clothes if they’re going on to somewhere outdoors.

Serving Food
The kind of food that you serve at a children’s birthday party can have a significant impact on their engagement levels. For example, if you’re serving a lot of sugary food, it’s more likely that children will be unable to concentrate on entertainment and games. Instead, make sure that there are plenty of healthy options available for children to enjoy, as well as water and drinks without sugar. Similarly, be aware of what time you serve food, so that there isn’t a lot of time left over for children to get hungry again.

Always remember to speak to other parents to find out what times will best suit their children. If a party goes on too long, chances are that children will get too sleepy and irritable. It can be a good idea to keep parties only going so long as it’s light outside if you want children to remain engaged. Having plenty of help on the day can make it much easier to keep children’s energy levels up, although you should be prepared to end a party earlier than expected if children are starting to get tired.

Author Bio: Laura Hanesworth is a mother of three boys, and likes to blog about how to get the most out of children’s parties. He recommends visiting dnakids.co.uk to learn more about the themed parties they provide. She also enjoys arts and crafts and piano teaching.

Earnest Parenting: help for parents who want to entertain wisely.