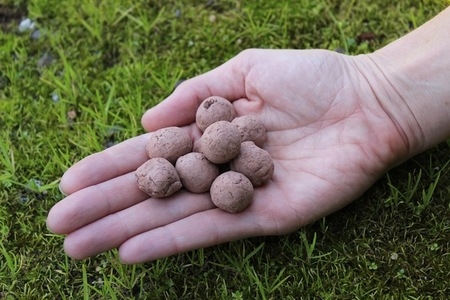 I don’t know if I’ve mentioned it yet, but I have been harboring a growing obsession, Heroes.

I know! Probably not the first thing you thought I’d be obsessing over. But there you have it.

When the boys were very small, we planted the first garden in our yard. A couple of summers later, we moved it to another location. I think we had it there for 3 years. It became more and more difficult every year to get anything to grow well. And keeping up with the weeds? Ugh. Then of course there was the way I would get sick of watering it every July.

Things did not go well.

When we decided to have chickens, I turned that space over to them, which took up 2 summers. Then we spent one summer growing pumpkins-quite successful-and another summer on watermelons. Not successful. Not successful at all.

So in the fall of 2012, I plowed the whole thing under and planted grass. That, was a relief.

Several weeks ago I saw something online called a Walipini. Essentially, it’s a greenhouse that’s dug into the ground. Another name for it is a pit greenhouse. For some reason, the whole idea appealed to me, and I have now embarked on a year of study to figure out how exactly to implement my own walipini.

Given that I need to spend 2014 planning for a 2015 launch of the pit greenhouse, I need some sort of transitional project this summer. I was pretty darn excited to learn about UrbMat.

UrbMat is a small-space garden system that helps urban dwellers grow their own herbs, vegetables, and flowers. The UrbMat controls weeds, conserves water, maximizes small spaces, and takes the guesswork out of the gardening process.

Designed for apartments and smaller living areas, UrbMat is 3 × 2 feet and creates an optimized planting layout for the included GrowUps Plant Starters. GrowUps are a mix of catnip, compost, worm castings, clay, and non-GMO seeds. The cool thing is, we can use it even though we don’t live in the city. If you haven’t done a garden before with your kids, this product may be an excellent way to start. To use an UrbMat, all you have to do is:

And voila! You’re a gardener.

The Manager in particular seems to have an affinity for gardening, so I’m looking forward to doing this with him this year.

UrbMats are made in the US and last for 3+ years. Users can easily order more GrowUps as needed.
Start harvesting your plants in as little as 30 days and replant by ordering more GrowUps at UrbnEarth.com. But order ahead!

Great news! UrbMat is offering a 15% discount to my favorite heroes (that’s you). Just use the promo code EARNESTPARENT. Make sure you use the caps when you type that in. This code is good until December 31, 2014