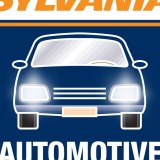 Sylvania Automotive has created their own team, called the Truth Sleuths, to investigate automotive myths and help keep drivers safe. Issue number one: do headlights on cars dim over time, or just suddenly go out?

Having driven a minivan with the same headlamps for (ahem) years, I already thought I knew the answer to the question. The lights on our vehicle were so dim that if another brighter light was shining from behind, our van would cast a shadow making it difficult to see. Try THAT in a snowstorm downhill in Denver and see if it doesn’t terrify. Heh.

Of course, I never considered that it was the bulbs themselves. I thought it was because the lenses were so scuffed, and replacing the entire assembly was just too expensive. I wish I’d have known that simply putting in new bulbs might have improved night driving and made me feel safer. Call me dim, but there you have it. (see what I did there?) For a few dollars, we could have replaced the bulbs and felt safer. Now that we have the newer vehicle (RIP, poor Caravan) I plan to keep up on the headlights more regularly.

And if we’re ever going to Denver, I’m definitely going to replace those bulbs.

Check out the Truth Sleuths and their very first investigation. Their results are pretty impressive. You can also follow Sylvania on Facebook, where they’ll announce future Truth Sleuth episodes.

Earnest Parenting: help for parents who want their kids to drive safely.