The end of one journey…. 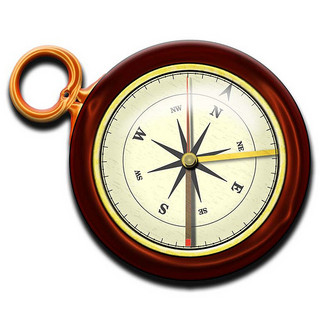 Today was our new pastor’s first day. It is also a year, almost to the day, since we met as a congregation and voted to hang together rather than close the doors. It’s been a tough year, and hard for everyone who stayed and worked to keep at least the bare minimum going while at the same time searching for a new shepherd. On top of that, we had to deal with the hurt of our last pastor rather suddenly departing the scene, as it were.

I’m quite confident we found the man God wants for the job. For one thing the congregation was nearly unanimous in choosing him (which, in any group of people, is pretty rare).

I got additional confirmation as we spent time with Pastor and his wife and sons this weekend. See, Captain Earthquake is a boy who, at a towering four and a half years old, still clings pretty close to his mama. The younger boys have gone to the same place for toddler church and pre-school church for half their lives. Most weeks the Captain still objects to me leaving him for just that half-hour of time. It’s gotten slightly more common to catch him talking to an adult, if one is making an effort to be friendly. For the most part though, he sticks close to either me or his daddy. He’s not the kind of boy who waves hello and chatters at every stranger in the market, let me tell you.

Pastor Mark and his family arrived here Friday evening, and a bunch of us decided to stake out their new house and throw a little welcome shindig. It went well; they were very surprised and pleased to see us after a 2 day drive from out of state. As we were talking on the porch, I noticed that the Captain kept walking deliberately through and trying to get Pastor’s attention. When he got a pat on the head, he lit up like a candle. Before we left for the evening he dug out a piece of artwork from the car and gave it to Pastor and got a big hug in return. I was floored. This is the kid who even today didn’t want to go out of my sight. And here he is hugging a near stranger.

We invited the pastor and family over for dinner on Saturday and somehow as part of the conversation I told the Captain he could ask them to come visit at our house. So the next morning I walked into their bathroom (yecch) to try and disinfect it prior to guest arrival. I had them in there picking all their Legos out of the tub. The conversation went something like this.

Manager: What are you doing, Mama?
Me: Cleaning the counter ’cause it’s yucky.
Manager: Why?
Me: Because Pastor Mark and the family are coming over later on and I don’t want to frighten them.
Manager: Why are they coming to our house?
Captain Earthquake: Because I asked them to.

It went on from there. The Captain spent the vast majority of his time following Pastor around and just loved all over him. The Manager was right there with him, of course. But it’s definitely love for the Captain. Today he insisted on sitting near Pastor during praise time when he’s usually in my or his daddy’s arms.

So that’s my confirmation. If a highly suspicious four year old approves, I think we got the right guy. You can’t fool little kids when it comes to sincerity.