We Owe So Much 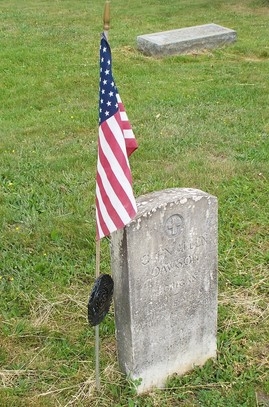 Part and parcel of Memorial Day celebrations around here include the local parade and memorial service at a cemetery. The boys march in the parade with the Scouts, then have a part in the service before officially retiring any flags that are too old or damaged to fly any more.

This is a special day. First we wait for the parade. Both the Captain and the Manager decided they had to sit on a lap instead of on the curb. Hubby did a good job managing two wiggly boys while I snapped pictures of unsuspecting victims. Leading the way each year is a group of military folks, both retired and active duty.

Following right behind are the Scouts. Aren’t they handsome??

After the parade, everyone heads over to the cemetery for the service. The program this year didn’t differ much from last, but that didn’t detract from the meaning of the words one bit. I don’t know which poem recited by the local high school students is my favorite. This year I was particularly moved by the poem We Shall Keep the Faith, written in response to the very famous poem Flanders Fields.

We Shall Keep the Faith

Oh! you who sleep in Flanders Fields,
Sleep sweet – to rise anew!
We caught the torch you threw
And holding high, we keep the Faith
With All who died.

We cherish, too, the poppy red
That grows on fields where valor led;
It seems to signal to the skies
That blood of heroes never dies,
But lends a lustre to the red
Of the flower that blooms above the dead
In Flanders Fields.

And now the Torch and Poppy Red
We wear in honor of our dead.
Fear not that ye have died for naught;
We’ll teach the lesson that ye wrought
In Flanders Fields.

From the bottom of my heart.

Earnest Parenting: help for parents who are so grateful.