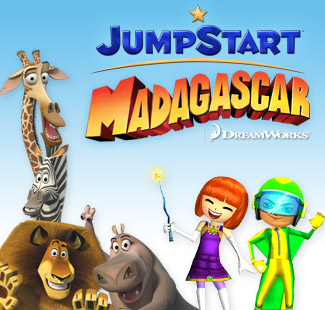 My boys LOVE to play games. They especially love to play games on the computer. That’s what makes Jumpstart.com a super resource for us. JumpStart has been making educational computer games for…well, for years and years. When the older boys were little, we all enjoyed many of the CD games they produced.

I learned about JumpStart.com in 2009 and reviewed it for this site. The boys all played it and enjoyed the game. Even the older ones had fun, especially with the How to Train a Dragon section.

The good folks at JumpStart haven’t just been sitting around for the past few years. Oh no! They’ve been expanding and adding and creating new worlds and adventures for players. They were kind enough to extend us another membership, and the boys have been happily playing it all week. You should hear the chatter! Their favorite part of the game right now is definitely the dragon. Called a Mythie, the boys have each hatched their own baby and log in daily to take care of and grow their new pets. I’ve been informed that they should be ready to fly in the next day or so. Very exciting.

One new area is the Madagascar section. If you go to Main Street and enter the zoo, you see all of the characters from the movie. It’s so cute! First thing, the penguins give you a mission to collect some items so you can create a potion that lets you turn characters into zoo animals. Hop on the train and go to Europe so you can collect the items. I was fascinated to see famous paintings on the wall. Click on them and you get an information card that tells you the artist and date as well as where the picture originated. Sneaky, getting that information into kids’ heads!

Anyhow, once you have your ingredients, return to headquarters and follow the recipe to make your potion. I managed to fail at that when I poured too much purple stuff into the blender. But the boys inform me that they were successful. And they’re growing those Mythies.

One thing I was super leery of years ago was letting the boys play too much on screens. Look back through old blog entries here and you’ll see I worried about it quite a bit. I still am concerned about it, because I want the boys to develop into balanced human beings. The amount of time they spend in front of screens compared to when I was a kid is huge.

However. It’s not fair to try and compare my childhood to theirs, because the world has changed so darn much in 30 years. Give or take. It’s better for me to look at them now and see if they’re balancing out. So far, I think they’re okay. They do see a lot of screens and consume a lot of technology. But they also go outside and play basketball, ride bikes, and shoot the soccer ball daily. I’m starting to think that all of my angst in the past was just silly anxiety. Let’s face it: I spend hours and hours in front of a computer every day myself. It’s a bit different in that I am usually producing content rather than consuming it, but I’m an adult.

Our most permanent solution to the technology problem was to say that no screens go on until 2pm every day. That has changed a little as some of their lessons are now on the computer, but generally speaking we’re able to stick to that limit successfully. It’s the best balance we’ve found so far.

JumpStart.com is a site that I’m comfortable having the boys play. Now that so many new areas have been added, they’re anxious to keep a current membership so as not to lose any of the progress their characters have made. Did I tell you that we have several characters for the one account? Yup! I have my own little avatar, as do each of the boys. One membership allows up to 6 players, and they can even log in and play from 2 different machines simultaneously. Very cool. Membership gives you access to Jumpstart.com as well as MathBlaster.com, as well as 4 downloadable games. With levels for children as young as pre-school on up through 5th grade, there’s plenty of educational fun for kids.

I asked the boys if there was anything they dislike about the system, and the only complaint was how often the game has to load as they move around. I did notice that while playing, and it wasn’t the most fun but it wasn’t terrible either. When I played it a few years ago I struggled a bit with knowing what to do (I will admit to being a bit…goal-oriented so just wandering about the environment wasn’t my thing). But since the boys are so good at it, I enjoyed my time. I also found the JumpStart blog to be handy, because the articles explain game features. Very handy to have an easy explanation rather than bumbling about trying to figure out the game myself. 🙂

Overall, I like the game and do recommend it. If you’ve got young kids, a lifetime membership would likely be the best value. It’s a bit of a high price up front, but definitely similar to other games available online, and if you average the cost out over the years you can play, then it’s downright inexpensive. But valuable.

“Disclosure: I was provided with a JumpStart membership at no cost by Knowledge Adventure in order to test the products’ abilities and give my own personal opinions on it. The opinions I have given are mine and may differ from others but were not influenced by the company or the free product provided.”