Where Did All the Good Parenting Shows Go? 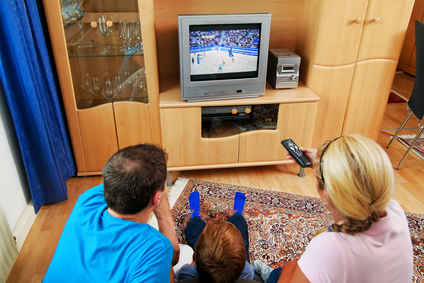 “Why are there no good parents on TV?”

That’s the question Lisa Belkin poses in her parenting column online The New York Times’ blog. Reality shows like “Supernanny” or “The Real Housewives of New York City” put poor parenting on display, almost to the point of celebration. A blogpost on www.direct.tv tracks how many “Real Housewives” couples divorce after the show is over — almost every season has two or more.

It’s not just reality TV, either. Today’s primetime television would have us believe that adults are not only bad parents, but they might choose to not have any children at all. Very few shows on TV today celebrate good parenting, with possibly the exception of family sitcoms, and even those are comical to the point of unrealistic.

Though there’s not much of it, there is some fiction and non-fiction programming that celebrates good parenting and teaches it too:

Because it’s a sitcom, the family values taken from the show come with a grain of salt. But the show’s most valuable attribute is in the title — it might be one of the only places on primetime with a modern and diverse look at today’s family structure. Older men are marrying much younger women while still raising children. Gay couples are adopting. And the traditional mom-and-dad family are moving forward relating and working through new issues.

The takeaway: We don’t live in a “Leave It To Beaver” world anymore. Today’s families are diverse and different perspectives can be gained from each one.

In one season of the show, we follow Lisa Cuddy, hospital administrator and boss to Dr. House, through the fostering and adoption process of a newborn child. Through balancing her work, personal life and new responsibilities, she’s often portrayed as exhausted and overwhelmed. At one point she even considers giving the baby back before the adoption is finalized. But in the end, Cuddy works through those issues to become a mother to her child.

The takeaway: A show that finally gives us the grit and reality of single motherhood, but at the same time celebrates the joy of parenthood.

Airing Thursdays on NBC, “Parenthood” follows the complicated lives of adult siblings. Always involved in each others’ business, the show reflects on how their somewhat complex upbringing affects their adult lives.

The takeaway: This show offers some light-hearted insight that looks back on the accomplishments of raising children, as well as the (humorous) downfalls.

The show didn’t make it a complete season, but in 2009 ABC debuted this sitcom that followed three mothers — a multi-divorced single mom, a more conservative divorcee and a model stay-at-home mom — and the different paths and struggles they endure raising their children under much different circumstances.

The takeaway: Above most shows, this one offered a better variety of single motherhood and the impact divorce has on the family.

Earnest Parenting: help for parents who want to see better (or at least positive)role models on TV.