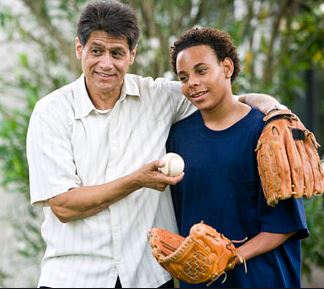 Parents of Teens Need to Simultaneously Hold On and Let Go
There are many reasons why the teenage years are so difficult for both kids and parents. Raging hormones encourage teens to do things that often don’t make sense or seem to go against their character. Developed (but not completely developed!) minds mean that teens think they understand everything and know what’s best. But perhaps one of the biggest reasons that these years frequently become contentious is in that word – “kids.”

Yes, getting up every three hours for feedings, teaching your 5-year-old to ride a bike, and getting your 12-year-old through pre-Algebra are hard, but until your child hits 13 or 14 and officially becomes a teen, most parents know where they stand. Fights may happen from time to time, but they’re in charge and they know what’s best because they’re the adult. Something happens when children start high school, though – suddenly, they’re no longer “kids,” and there needs to be some give and take if you want your young adult to grow into a productive, responsible, and emotionally balanced person. Here are some ways that you can let go while still holding on.

Encourage involvement.
Teens that participate in school or community activities and learn to interact with and support others are getting valuable experience for their adult lives and finding important connections outside their family. It’s also a great way for them to learn how to work through issues that might come up with other people instead of avoiding problems and hoping they go away. Don’t worry, they’ll still need you to encourage and help them, especially when starting something new.

Create a parent network.
Even parents who impose strict boundaries on their teenagers won’t know where they are or who they’re hanging out with every second of the day, and teens need this independence to grow. That’s why it’s vital that you get to know the parents of your teens’ friends and try to keep each other in the loop about what’s going on. With a strong parent network, you’ll have a much clearer idea of what your son or daughter is up to while still giving them the freedom they demand.

Be a guide, not a leader.
They might not think so, but your teens still have a lot to learn from you. You’ve not going to get your message across by imposing it on them, though, and they also need to be able to figure things out for themselves. Make sure they know you’re there to help whenever they need it, but try to let them make decisions for themselves… most of the time.

Set rules early – and stick to them.
This may not make your teen happy, but everyone does better (young people especially) when there are a clear set of rules and expectations. If they know that curfew is 10 pm on a school night, then the burden is on them to follow that rule or face the consequences. Don’t back down once you’ve set a rule, either, because this won’t teach accountability. Above all, be consistent.

Recognize unique needs.
If your teen is suffering from a mental condition, psychological disorder, or addiction, they will have to work on developing certain skills that may come naturally to others. Give them time for self-expression and allow them to engage in activities like chores and shopping alone to gain some autonomy, but also encourage things that promote community.

Check out this Parent’s Guide from the Yellow Brick Program for more in-depth information on how parents can help their teens to transition into young adults.

Earnest Parenting: help for parents of teens that are nearly adults.