Adolescent Apps: What you Need to Know About Your Tweeting, Snapchatting, Instagramming Teen 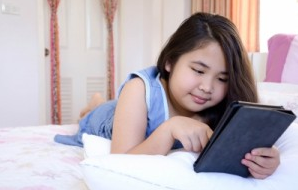 Technology’s moving so fast now, it’s easy for parents to be left out of the loop with their kids’ online interactions. Just when you think you’ve touched every base with your teen about the dangers of social networking, the same old problems find new potentials to incur damage. Although social networking’s extremely useful, the associated responsibilities are equally as great. There are a few things every parent needs to know about these tools.

Although infrequent, if the wrong pictures or information fall into malicious hands, your teen could could be taken advantage of. This frequently carries over to phone conversations where it’s more difficult to track; parents should watch for suspicious numbers on the call logs. You can also keep track of this on your provider’s website. For instance, if you’re with Bell, you would visit http://www.bell.ca/Home Phone. Any provider you’re with can help you acquire this information.

Teens can be as much at risk for receiving this behavior as they are the cause of it. High-profile networking sites like Facebook and Twitter only allow users to up-vote (‘liking’ or ‘retweeting’) others’ content, but denigratory comments and messages have very limited moderation. These can be blocked or reported, but by then the frostbitten content has probably reached its intended target. The online world very easily can transpose itself with the real one; teens can and have lost actual friends because of others’ cyber-bullying. This has its implications which, although uncommon, are serious if they manifest.

Social networking sites allow users to select profile pictures displaying what they look like. Status updates and tweets are the conduit through which users share content with others, which are displayed on a new feed next to their profile picture and name. Individual profiles tend to collect and display information from the user regarding their occupation and the city they live in. If you have, say, high speed internet from Bell.ca, this is optimal for uploading lots of pictures and videos – which can reach the wrong hands. When the wrong people have access to all this, it’s almost like walking around in public with all of it scrawled on a billboard. This can simplify a stalker’s endeavor and set your teen up as a victim.

Unfortunately, teens may not willingly open up about these problems once they occur. Users should be careful who they accept friend requests from, and configure their security settings to withhold any information they’ve given about themselves from those who would look to abuse it. Just remember that everything your teen does on these websites has a consequence; it’s just a matter of making the right decisions.

Earnest Parenting: help for parents who want to keep their kids safe online.