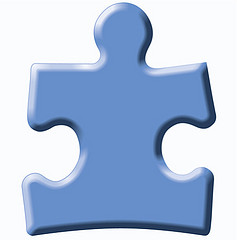 I co-host a morning radio show in Denver, and one of the most popular elements on the program is a feature called The Mindbender. It’s not trivia – which is something you either know or don’t – but rather a game that allows you to puzzle out the answer to a fun lifestyle question.

For example: The average American woman has nine pairs of shoes with this in common…

See? You don’t need to know that little nugget of information to at least take a guess or two. Some people call it critical thinking, some call it rational reasoning, but it’s really just a process of common sense and discipline.

We had a live audience in our radio studio one morning when I presented a new Mindbender, and two young women – probably in their early 20s – immediately pulled out their phones to try to locate the answer online. (You can’t, by the way; I word the questions so that a basic search would never turn up the answers.)

When I asked them if they had a guess, they both looked back at me with blank expressions. They couldn’t guess. In fact, they were stumped as to how to even formulate an answer of any kind. It wasn’t online, so they were completely lost, frozen in their seats.

“What you have discovered is a recipe not for memory, but for reminder…for by telling them of many things without teaching them you will make them seem to know much, while for the most part they know nothing… ”

Think about that for a moment. Have our tools – as glorious as they may be – cost us the pleasure that comes from learning? Do we ‘seem to know much’ while in reality we fumble around in darkness? When anything and everything is available to discover with but a few keystrokes, are we really better off in the long run? My rational mind immediately wonders: What if the source of information is lost?

A sizable number of classrooms today put an emphasis on finding answers instead of learning them, and I wonder about that, too. I recall the blank looks on the faces of those young women, and I mourn their complete inability to reason an answer to a fairly simple question when left to their own (pardon the pun) devices.

What’s the solution? I’m not advocating that we eliminate phones or tablets or Google; they’re all valuable tools that can help us do wondrous things. Nor am I suggesting that we go back to rote memorization of everything.

The answer lies somewhere in the middle: Finding a space where students discover how to apply technology when necessary, while also learning how to best use the most remarkable tool at their disposal. The human brain has evolved into a spectacular machine, and I fear that our advanced electronics are causing it to atrophy.

Learning how to learn is a critical piece of our growth. The young people in your house or your classroom will always choose the easiest path – it’s human nature – but that doesn’t mean it’s the best. Our responsibility is to help them exercise their mental muscle, to keep them from becoming solely reliant upon their phones to solve every problem. To teach them how to think for themselves.

We want them to at least attempt to figure out life’s puzzles, both big and small. We owe them that much.

By the way, what do those shoes have in common? She never wears them.

Earnest Parenting: help for parents who want students to practice their thinking.