Parenting in the Media: Don’t Teach Values!
No, Do!!! 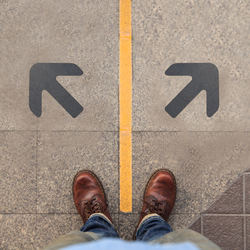 One of the things I try to do is keep an eye on parenting news around the world. I’ve been paying a little more attention since I started working on the Inspiration section over there in the sidebar. (Do you like it? I’ve been adding a new headline every few days.) Sunday night the following two stories caught my attention. Both were published in the United Kingdom:

The story at news.bbc.co.uk/2/hi/uk_news/7903833.stm titled Children Out Late Unacceptable is unfortunately no longer available.

In each story, the government (or a representative thereof) is sending a strong message to UK parents. On the one hand, parents are to “avoid trying to convince their teenage children of the difference between right and wrong when talking to them about sex”; on the other hand, “not knowing where your child is at night or allowing them to stay out late on their own is unacceptable”.

Um. Does anyone else think this is just a little bit….off?

Earnest Parenting: help for parents who want to stick to standards.