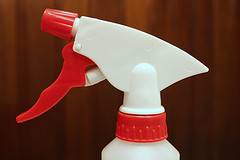 Last year I asked the question: Am I a Failure at Homeschooling? At the time, things got so frustrating with the boys hating school and me being incapacitated with the knee injury that Hubby and I told the boys that there was nothing left to do but enroll in public school.

Cooler heads and some problem solving strategies prevailed, and the boys stayed at home. I wouldn’t say that life has been anywhere near perfect since then but we’re managing. Days have ranged from “frustrating” to “survivable” to “pretty okay”. I suddenly noticed recently that I was having the “are you going to be homeschooled or public schooled” conversation EVERY day. Not good. It finally occurred to me to explain that when we agree on a plan, we’re committing to the entire school year for said plan. This helped a bit, but frustration still was growing for all of us.

Last week the younger boys went to hang with grandma and grandpa while the older boys stayed home. I thought this would make life easier, but two days of chasing boys around the house and policing their every move proved to be even more frustrating than ever. I taught lessons Monday and sent them to have lunch and do their homework right before noon. Two hours and nineteen minutes later I checked up on The Mercenary only to discover he’d accomplished exactly none of his work in that time. On top of that, the house was a constant mess. Every time I cleaned anything, it was trashed again within the day. And? Any request I made to clean something was ignored. Even something as simple as putting clean clothes (that I had washed and folded FOR them) away took days.

By Wednesday I had had it. Nothing was changing, and the extra time that I thought I would have each day was not appearing. I got angry over yet another episode of time-wasting and lost my temper completely. Honestly, I don’t remember what set me off. I was that upset. I shot off a long tirade about how I felt attacked all the time when they made messes. I also told them that I get that they don’t like school or learning, but it makes absolutely no sense to reject everything just because I suggest it. I happen to be HIGHLY qualified to teach them, and I’m sick of them acting otherwise.

I’ve said all that before, and I was crying, and I suddenly was overcome with the need to get away. I told the boys that I was going to go to church to do some work and I left rather abruptly. While there, I got my work done and called a dear friend to ask for some wisdom. After crying on her shoulder for a while, I finished my errands and treated myself to a coffee at the coffeeshop. About five minutes before I got home, my phone rang. It was TechnoBoy, asking when I was going to be home. I told him, “5 minutes. And we can talk when I get there. I love you,” and hung up.

As soon as I walked in the door, it was obvious that they’d been working.

Heroes, they’d cleaned the WHOLE house. And by “clean” I mean vacuumed, dusted, picked up, and even scrubbed some table tops. Coats were hung up, shoes were stacked neatly. It was such a beautiful thing I almost cried all over again. A couple of hugs and thank you’s seemed more prudent, so I went with that.

Wednesday was the first day in their lives that the older boys understood that I was unhappy and how best to respond. It was the first day I ever remember them putting that kind of effort into pleasing me. It was so amazing! I’m not going to accuse them of being completely mature and grown up, but they certainly took a big step last week.

It’s enough encouragement to keep going for now, and that’s all that matters.